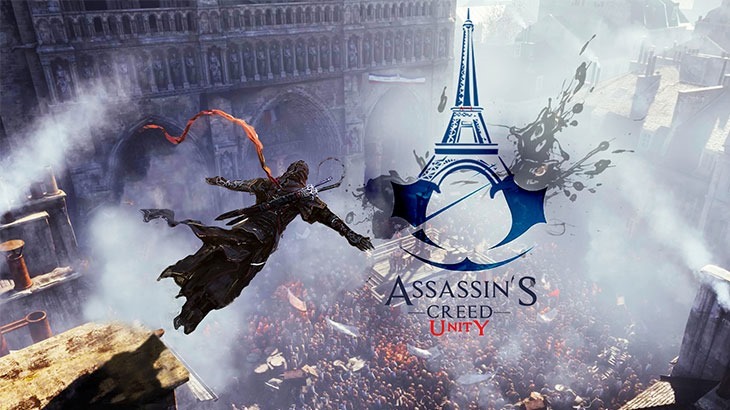 Much to my own surprise, I rather liked Assassin’s Creed IV: Black Flag. I’d written the whole series off as bunk after the frankly pitiful Assassin’s Creed III. I played it on the PlayStation 4 where it ran rather nicely, and was beautiful to boot.  What it wasn’t was particularly “next gen,” but that stands to reason. As a new –gen, cross generational launch title it was never going to be the ultimate showcase. Unity is different.

Assassin’s Creed Unity is being made for Pc and the new consoles only, and will benefit from a new engine and a bunch of new tech that’ll make it stand decapitated head and shoulders above previous games in the franchise.

Here’s a new video showing off some of that very tech.

Creative Director Alex Amancio presents you the technological leap which will allow you to live a unique experience in Assassin’s Creed Unity. With a redesigned game engine, refined fighting skills and combat system, but also a breathtaking atmosphere: welcome to the true new-gen experience!

Assassin’s Creed Unity will allow the developers to have up to 5000 NPC’s on screen at the same time, and each structure will be done in 1:1 – with the interiors of buildings matching their exteriors.  That’s neat, but the best thing about ACU that I’ve heard is that there will now no longer be guards patrolling the rooftops – which will help with the game’s newly re-imagined stealth. For assassins, Desmond’s ancestors have never been the stealthiest of killers.

Thankfully, with Desmond out of the picture and a fresh start for franchise, Unity will actually require or at least encourage stealth, plus it has a new combat engine for when that stealth fails.

Assassin’s Creed Unity is coming to PC, Next-gen consoles and the Xbox One in October.