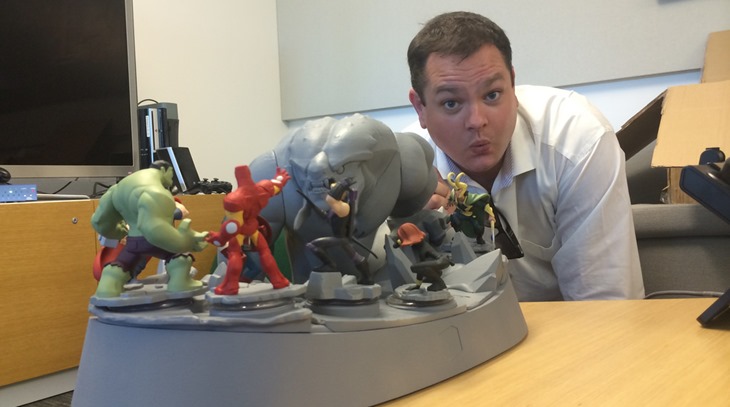 Collector’s editions. The scourge of my bank account. I am this close to going two years now without having succumbed to the urge to buy a more expensive version of a game. But dammit, my Avengers initiative might have just been activated, with this particular collection of plastic that is more attractive than the chest implant section at a Beverly Hills clinic.

The collector’s edition for Disney Infinity Marvel Superheroes includes all of your favourite Avengers. And Hawkeye. Check it out:

You have a release date. We have a Hulk. That’s the idea behind the collector’s edition for Disney Infinity Marvel Superheroes that includes all of your favourite Avengers. And Hawkeye. According to executive producer Jon Vignocchi on the PS Blog, the Sony-exclusive special edition for the game will include some extra Gamma radiation, as well as a few other extras for fans:

Earlier this year, our team started brainstorming about something special that we could do for PlayStation owners. After consulting with the Sony team on several ideas, Adam Boyes had noticed that our plan was to not release Hulk until post-launch. “Is there anyway we can pull that up for PlayStation fans?” he asked. It was at this moment that Gio Corsi (another member of Adam’s team and a huge Marvel fan) stood up and shouted “HULK SMASH RELEASE DATES!” in approval of the suggestion. 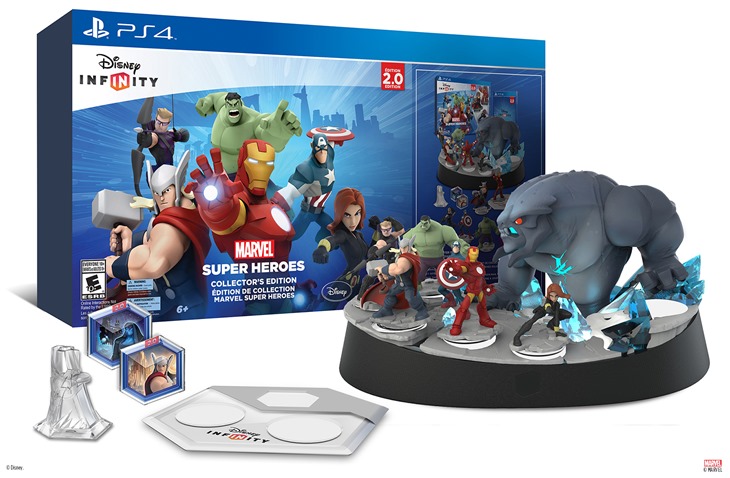 After some laughter and back-and-forth, we had come to a consensus on our execution: We would create some sort of cool carrying case that would include all components of our Starter Pack (which focuses on the Avengers), all of the additional Avengers characters that would be available at launch (including Captain America and Hawkeye), and we would allow Hulk to be sold early inside this PlayStation Collector’s Edition. Adam and his team also said that they wanted to bundle our Disney Infinity 2.0 Starter Pack with a PlayStation 3 console for Holiday 2014, which we found quite flattering.

After exploring numerous options for a carrying case, the team decided that none of them felt right for our fans. We decided to create a Collector’s Edition that could act more as a “collector’s display” for the various Disney Infinity figures, which is something our fans have been asking for us to create for a long time.

And that’s how the current design was finalised, to look like something that any comic book fan would want to have on their shelf. “With that in mind, our amazing concept team at Avalanche began creating various sketches for what this collector’s display could be. We knew the Collector’s Edition should feel like a collector’s display, relate to the Disney Infinity Avengers Play Set story, and impress the discerning eye of the Marvel collector,” Vignocchi wrote. 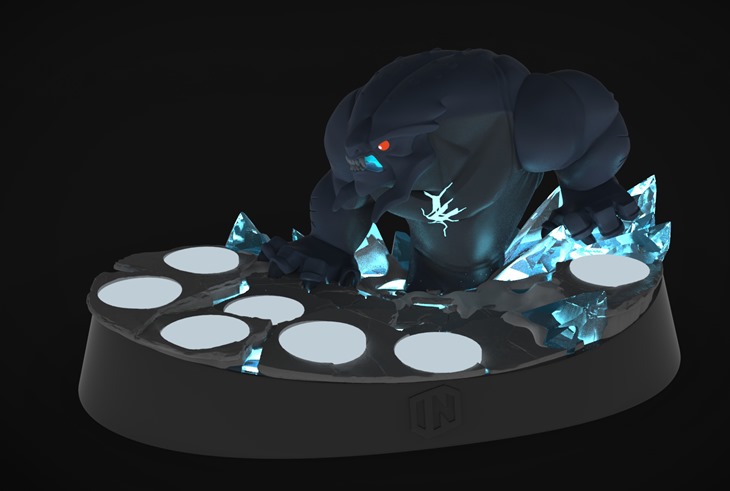 We also knew it was going to be quite large, considering the display had to show off all characters from the Avengers Play Set and feature the Frost Beast based on the design the team had chosen. In the end, we all knew that if wanted to create a physical representation of this battle from the game… Well, this thing was going to be a lot bigger than we ever would have imagined!

Finally when Avalanche Software’s VP of Art, Jeff Bunker, got his hands on the initial prototype, he couldn’t just leave it alone. “You know — this thing should really be able to glow in the dark,” he said, as he half smiled and let out a soft sigh at the thought of all the additional work involved. Jeff even made each of the pedestals light up so that there is a glow underneath all of the characters.

In the end, our team put together a Collector’s Edition that we feel is representative of the quality that you have come to expect from the Disney Infinity brand, and something PlayStation gamers will be proud to own.

That’s a sexy looking piece of collector’s edition right there, and if it is priced properly, could be worth picking up so that players can save on the long run when buying figures individually. It looks freakin’ superb, and hopefully people will knock before they enter my room and find me playing I mean interacting with the Avengers.