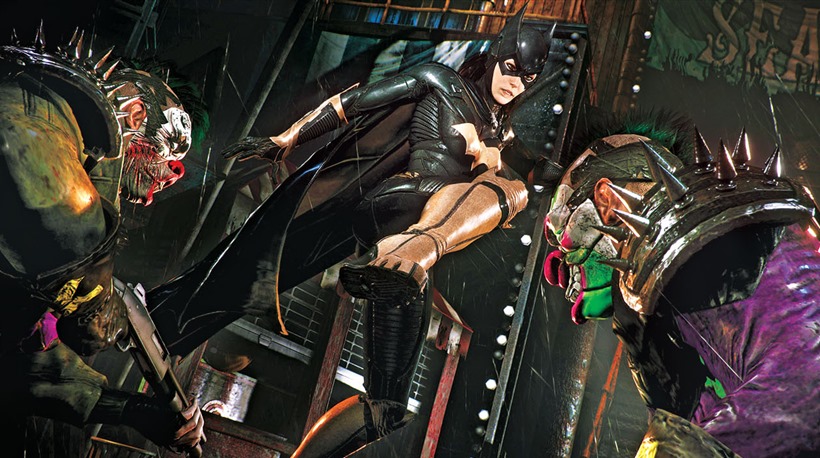 The best Batman game is getting the best Batgirl on July 21, in the form of Barbara Gordon. So how does she handle, when compared to Batman, Nightwing or Robin? With a certain tech-heavy style and grace, backed up by some well-trained fists it would seem.

Developed by Warner Bros Montreal, the team behind Batman Arkham Origins, the Batgirl A Matter Of Family DLC will see the plucky heroine hit the Seagate Amusement Park, a nautical-themed park that happens to have been built on top of an old oil rig.

An old oil rig that the Joker may have rigged with various death-traps in order to get rid of any Bat-family members. To make things more complicated, Batgirl won’t just be dealing with Joker goons. She’ll also have to rescue her father, Commissioner Gordon, who happens to be a hostage.

“We wanted to recreate the feeling of being trapped in a bizarre and unique open environment playing a game of cat and mouse with the Joker,” design producer Justin Vazquez said to EW.

In order to tackle this new location, Batgirl will have to rely on brains, brawn and binary code. While she is able to deal a fair amount of pain in a manner similar to the dark knight detective himself, Batgirl also happens to be one of the best computer hackers on the planet.

A skill that’ll be utilised in the game in order to take down enemies, solve puzzles and disarm traps. “Hacking is really what separates her from the other characters,” Vasquez said. 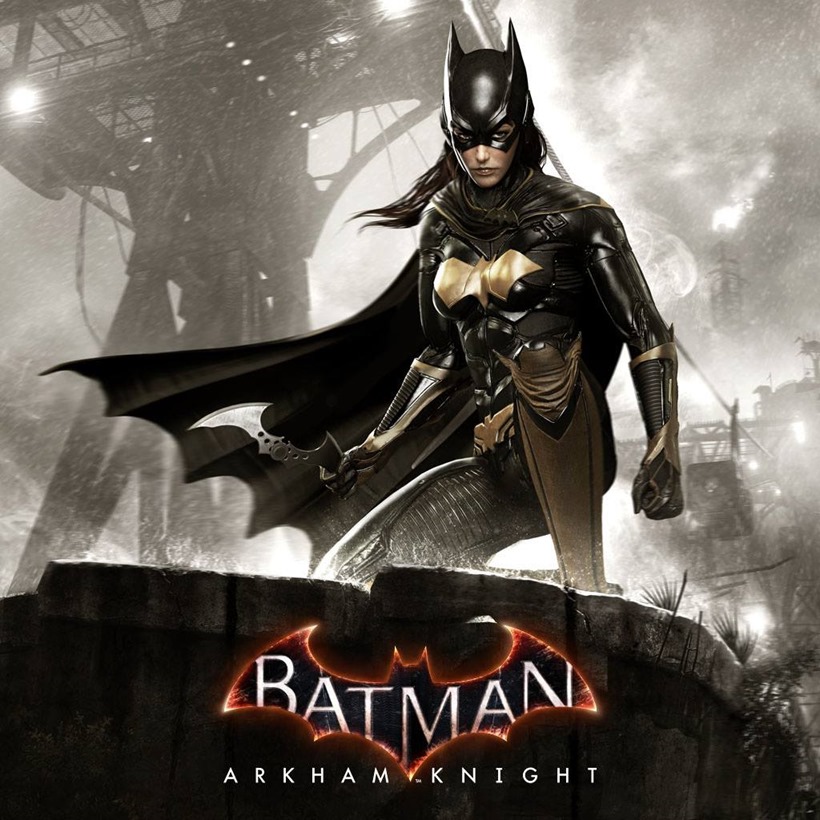 It’s a gameplay mechanic with which the player can create situations for Batgirl to really shine. Our intention was that Batgirl should be less powerful than Batman, but that Batgirl plus hacking could give her opportunities do things that not even Batman can pull off.

There’ll also be some more of that Dual-Play action thrown into the mix, as the game will feature tag-team battles against the Joker and his number one admirer, Harley Quinn. “Seeing these four iconic characters together at the same time will be a real thrill,” Vazquez said.

Harley Quinn will also sport her original black and red threads in the Batman Arkham Knight DLC. Her best costume, according to one fanboy who has a massive crush on that incarnation and whose name rhymes with Sharon.

On top of all that, there’ll be the usual feature of side quests, collectibles left behind by the Joker, and Easter eggs for comic book fans. “It’s a love letter to the original game that started this incredible franchise,” Vazquez said.

If WB Montreal can deliver on their top-notch narrative with fine-tuned gameplay however, I’ll be sold. Now put this mask on and call me Mistah J.