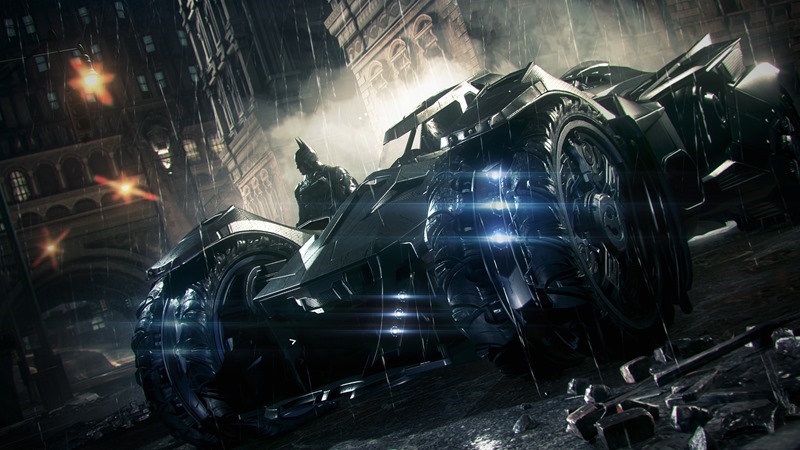 Where does he get those wonderful toys? The big hook of Arkham Knight has no doubt been the addition of the Batmobile to the core gameplay experience. It’s a feature that has been finely tuned into the other pillars of the Batman gameplay, becoming an extension of the Batman himself. An extension with various horses under the hood and weapons that’ll leave your foes pining for the fjords. But there’s more to the game than just throwing a Batmobile at all your problems. There’s also all those lovely gadgets, fresh off the Waynetech assembly line.

The disruptor from previous Batman games has received a complete makeover for Arkham Knight, according to a blog post from Rocksteady. The gadget now has three charges per encounter with a group of enemies, emphasising tactical use when engaging with foes. It also has several new abilities such as:

“The Disruptor provides Batman with greater tactical flexibility in any engagement before it even begins,” the post explained.

Before combat, the Disruptor can be used to jam the weapons of an opponent, buying Batman precious time to gain the advantage and land the first attack. In Predator scenarios, the Disruptor can be employed to target various enemy devices by rendering them inactive, or even turning them against their owners.

Additionally, the Disruptor is equipped with a long range scope, allowing Batman to survey and set up control of the situation from the rooftops of Gotham City with pinpoint accuracy.The Disruptor has an extensive selection of upgrades to choose from – each providing their own unique advantage to Batman.

For example, the ‘additional charge’ upgrade provides more simultaneous options for each engagement, allowing additional greater situational control over the devices and weapons that could become an obstacle. Alternatively, a high level upgrade is available to Batman allowing him to hack and disrupt the turret of the Arkham Knight’s Drone Tanks.

This creates the opportunity for Batman to draw the Drones attention on foot, only for its turret to backfire and self-destruct when it attempts to fire.