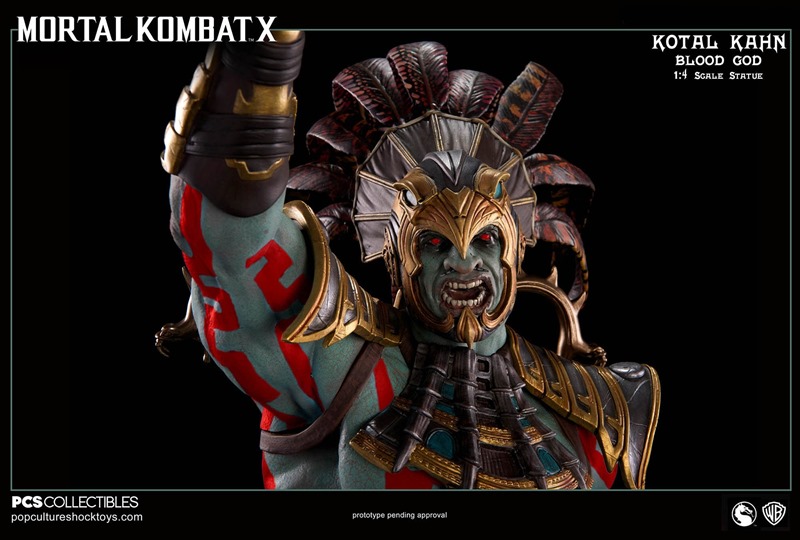 2011’s Mortal Kombat 9 may have been a visceral rollercoaster ride populated with familiar faces, but Mortal Kombat X was a game for a new generation of Kombatants. Cassie Cage, Jaqcui Briggs, Takeda and Kung Jin formed the brat pack of Mortal Kombat X. And opposing them, were new Outworld threats such as D’Vorah, Erron Black and the new Emperor, Kotal Kahn. A character for skilled players to get the most use out of, Kotal Kahn is pretty cool nonetheless. And of course he’s getting three variant collectibles, based on his various god forms. Of course he is!

Pop Culture Shock are releasing a trio of Kotal Khan statues, which are sculpted in quarter scale, measuring at around 27 inches in height. Or for those of us who use a proper measuring system (IMPERIAL FO LYFE YO!), that works out to a height of 68.58 centimeters. Damn son. They’re naturally quite limited and pricy, as according to Toyark, the collectible numbers are:

That’s a whole lot of Outworld coins. Here’s a ton more pics of Kotal Kahn, in all his Osh-Tekk glory:

Godzilla is burning and ready to rumble with this $2000 statue