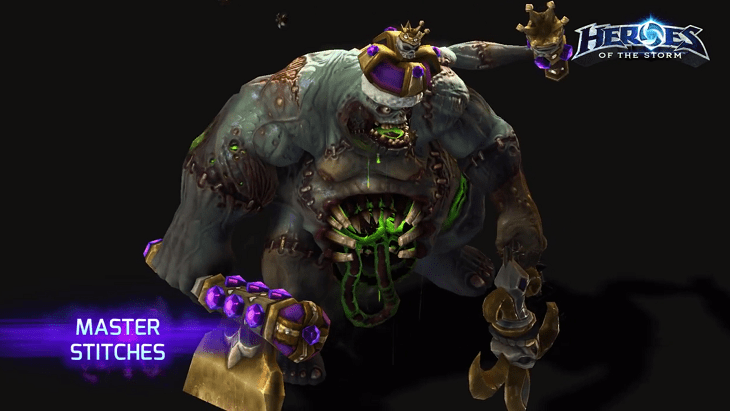 CHOO CHOO! All aboard the MOBA train! Every developer seems to be interested in the genre lately. One company, Blizzard, have been working on their own iteration for a good few years now. Heroes of the Storm may still be in a technical alpha testing phase, but that hasn’t stopped them from adding cosmetics to the in-game store.

Heroes of the Storm will be free to play, supported by the purchases of heroes as well as their various cosmetics. Blizzard have now revealed a few more looks they have been working on, which are called master skins. What is shown in the video are skins only for characters from the Warcraft universe, but other franchise characters will more than likely be given some love in the near future too.

I only just recently got access to the games alpha. After watching this video, I logged in to have a look at the store, something I hadn’t really done yet. I nearly fell of my chair after seeing that the available skins range from 4.49 to 12.99 Euros. Assuming those are just “ordinary” cosmetics, just how much will these master ones be sold for? Its worth nothing that purchasing additional heroes can be done either with real cash, or cash earned in game. The skins however, can only be purchased with legit moola.

This business model isn’t really unique to Blizzard. League of Legends lets you purchase additional champions using in-game currency, but the different champion looks require some sort of credit card input. Dota 2 on the other hand, leaves all heroes unlocked and free for everybody to play, and there is the odd drop of an item every couple of games. If you want that really sexy looking set though, you will either have to spend years acquiring a marketing degree so you can trade effectively with people, or simply cough up the cash for instant gratification.

Heroes of the Storm is still in alpha, so these prices may be (hopefully) adjusted as the game walks through its development cycle. I’ve only spent a couple of hours in game, and I have really enjoyed it  so far. Expect a preview in the near future.