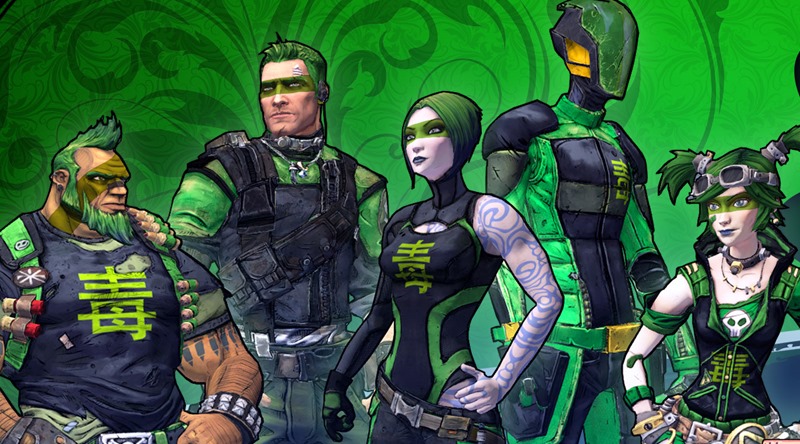 Outside of the usual grunts, moans and heavy panting from running across Pandora, the vault hunters of Borderlands 2 were kind of dead quiet.  And that’s something that the writer of the game kind of regrets.

Penning a post-mortem on the game over on Kotaku, Borderlands 2 writer Anthony Burch explained how the playable characters of Borderlands 2 were inspired by the silent footsteps of Valve’s characters from Half-Life and Portal, and keeping them mum would result in there being less friction between the actions of the players and the protagonists.  “This kind of characterisation works, in theory, because if your character never says anything you (the player) disagree with, you’re more ‘immersed,'” Burch explained.

You’re not at risk of your protagonist saying something that you personally disagree with.

After some focus group testing however, Burch realised that this idea was specific to certain scenarios, not a rule that should be set in stone. “I’d latched onto the Blank Protagonist as a universally applicable principle, when in reality it – like every narrative tool in existence – serves a particular purpose,” Burch said.

If your franchise is built to be more ‘immersive’ and put the player in a more investigative frame of mind (like, say, the pre-Infinite BioShock games), a silent protagonist can give the audience space to be a little curious, a little confused. If you want to make the world feel a bit more lonely and haunting, silent protagonists can be great.

The thing is, Borderlands characters aren’t exactly lonely characters with a haunted inner core of emotion. They’re brash, colourful and loud. And that created a problem when it came to focus testing:

These focus testers were irritated because, in a game full of colorful characters and gags and monologues long and self-indulgent enough to give an editor an aneurysm, there was a weird black hole of nothingness where our player characters were concerned. Everything in the game had a backstory, even the hordes of no-name bandits! Everything was explained and joked about and explored, except for the main characters of the game!

Eventually, audio diaries were added to the game, in order to help flesh the characters out. And really, that may have been for the best, as the end result allowed players to briefly inhabit the silent shoes of the vault hunter that they had chosen:

Immersion can be fun, sure. At the end of the day, though, we’re not the characters we play, and we know that. Sometimes, a writer or designer’s job is to make the space between the player and the protagonist as slim as possible. Other times, it’s their job to acknowledge that distance, stretch it out, and have as much fun with it as they can.

Tell you what though. I wouldn’t mind a slightly more enthusiastic mass-murderer of bandits, in the eventual Borderlands 3.