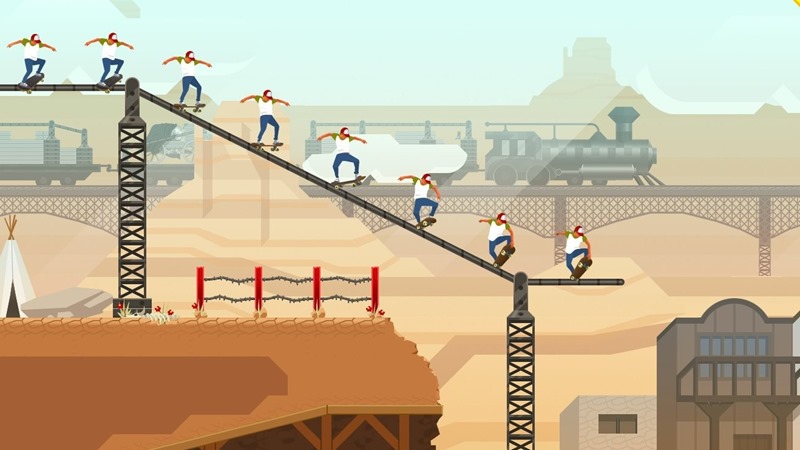 If there’s one game I regret not having a PS Vita for no mo’, it’’ has to be OlliOlli. It was skateboarding condensed to its essence, but in 2D. It was also about as unforgiving as your local traffic department, as mastering the game was a sweaty exercise in patience and not hurling your PS Vita at a random hobo in frustration. I’ve still got a PS3 version of the game. Which happens to be on the console I sold last year. But I’m looking forward to starting all over again in the sequel.

I think I just did a 900 Benihana in my pants. If you can’t see th trailer, here’s the lowdown: New tricks, manuals, a local multiplayer mode, four-player split-screen, maps with multiple routes and a fresh new soundtrack all running on either the PS Vita or PlayStation 4. It’s due for release sometime in 2015, which also happens to be much sooner than either a new Tony Hawk Pro Skater game or for EA to realise that fans are still begging for Skate 4.

I’ll be prepping myself for the game by grabbing my own board, attempting to wear a cap at a stupid angle and avoiding punching my own face when I realise this fashion faux pas.