Home Gaming Carmageddon: Reincarnation gets a full release in April 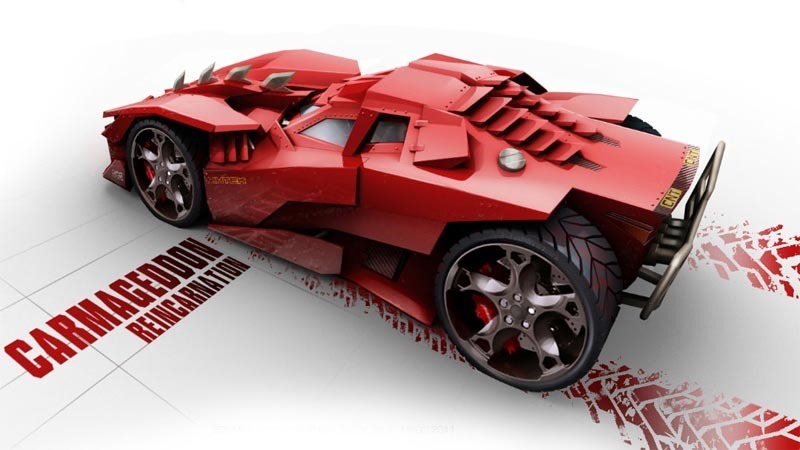 Bloodier than the holiday trip to the beach during the December silly season. More engines than a Benoni backyard collection. More reckless than a high school kid who just got his driving license. Yep, it’s Carmageddon all right. Three years since Carmageddon: Reincarnation cleaned up big on Kickstarter with a $625 000 haul to create a new game in the vehicular homicide series and a year after gamers gave it a whirl on Steam Early Access program, it looks like the cult favourite racing game is ready to finally release. So buckle up, and drive safe. Nah, I’m kidding. KILL ‘EM ALL!

Carmagddon: Reincarnation will arrive April 23, and feature plenty of vehicles in the final version with a career mode that stretches across 16 chapters of vehicular manslaughter. LAN, online multiplayer support for up to eight people will also be featured over nine maps, 36 race routes and over 80 power-ups. There’ll also be six different types of events to play through:

“We’re delighted to announce that the game will soon be going gold, and on April 23 it’ll be showered in all its Steamy golden glory upon an eagerly waiting world!” developer Stainless Games said in a statement. Here’s the launch trailer for the game, which perfectly captures what Carmageddon is all about: Simple racing, ludicrous damage and finishing a race with a new crimson paint job on your bonnet.

I’ve got a lot of love for Carmaggedon. It’s a franchise which always remembered to create a competent game before getting carried away with its brutal gimmick of unrestrained car on car violence, as well as being the kind of driving title that would leave your parents beyond horrified when they walked in on you playing it. Good times man, good times.