Home Gaming Castlevania: Lords of Shadow 2 review round up 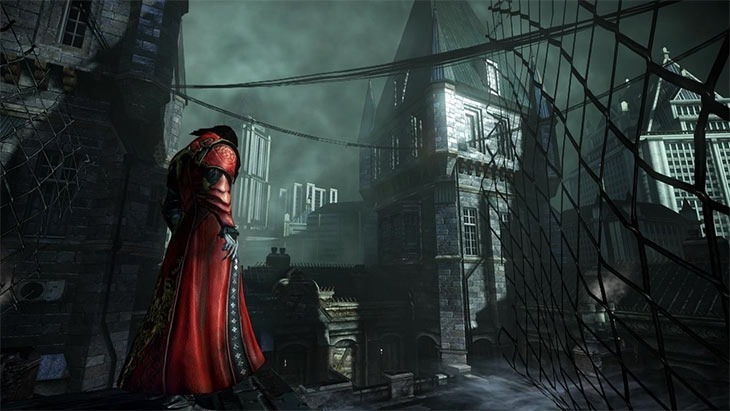 I loved what Mercury steam did with Castlevania in Lords of Shadow. Certainly an underappreciated flawed gem, it appropriated gameplay more common to games like God of War, even Devil May Cry and gave it a gothic workover. Better still, it had a cliff-hanger story that left me wanting its conclusion. I even liked the divisive handheld Mirror of fate, which played a little ore like a traditional Castlevania game. so yes, I’ve been rather excited for Lords of Shadow 2, which concludes Gabriel’s terrible tale. Pity it’s not all that good.

Here’s what critics have had to say about the game. Reception is mixed, mostly swinging to the negative.

Polygon –  5/10: That’s really the biggest shame in Castlevania: Lords of Shadow 2: It carries over all of the original game’s weaknesses but fails to live up to its strengths. Three years ago, it seemed like MercurySteam had an intriguing vision for its rebooted Castlevania universe. But what we’re left with at the end of the trilogy is a couple of cool ideas with no momentum. It’s not payoff — it’s anticlimax.

Gamespot –  7/10: Lords of Shadow 2 should have been a much shorter game. Still, though the game’s stealth sections and drab modern settings represent the worst elements of the three-part saga, the tail end of the game contains the best of every aspect that the series is currently known for. It’s the stuff you expect Castlevania to be made of, and after contending with forced stealth gameplay and a weak narrative at the start, it feels good to be home.

GameInformer (print) – 6/10: This shambling monstrosity is composed of chunks from other, better games. Rather than blend them together into something new like its predecessor attempted, this one just feels like a patch-work mess.

IGN – 6.5/10: Lords of Shadow 2 may have gained an open world, but a poor story, uninteresting enemies, and a bland cast of characters came with it. Combat might be improved, but forced stealth sections cause nothing but dismay and frustration. The end result is something that doesn’t come near the level of overall quality found in the original Castlevania: Lords of Shadow.

CVG – 8/10: The true irony? The story is about a man brought low by listening to the advice of others. Just as Gabriel was wrong to answer the call of fate, so MercurySteam should know to tread its own course, instead of swaying to satisfy the Castlevania old guard. In trying to be all things to all people it offers less to those that loved it for what it was. Forget the dead family and vampiric curse – that’s the true tragedy of this Dracula.

Joystiq – 4/5: Like Dracula himself, his latest adventure is imperfect – its listless, poorly presented evils sometimes warring against its better, more exciting nature. I won’t spoil Dracula’s fate, but as for the fate of Castlevania: Lords of Shadow 2, the better half wins out.

Eurogamer  – 5/10: Sharpening the disappointment is the fact that the team at MercurySteam has already made a good game, and perhaps had an opportunity here to make a great one. The first Lords of Shadow was a sweet surprise. The follow-up is a hostage to a story it tells badly, and a prisoner within a dull urban maze that refuses to become a characterful exploratory playground. To live on but to be diminished – that’s the fate of the vampire in Castlevania’s lore. Sadly, it’s a bit of an epitaph for this well-meaning but bloated game as a whole.

This is, of course, deeply disappointing stuff. I’ve been looking forward to this game for ages, and the bits of it that I’ve played have been rather good. Hopefully it is a bit of a marmite thing; and it’s a game that I’ll love despite negative reviews.

The ten worst video game sequels of all time