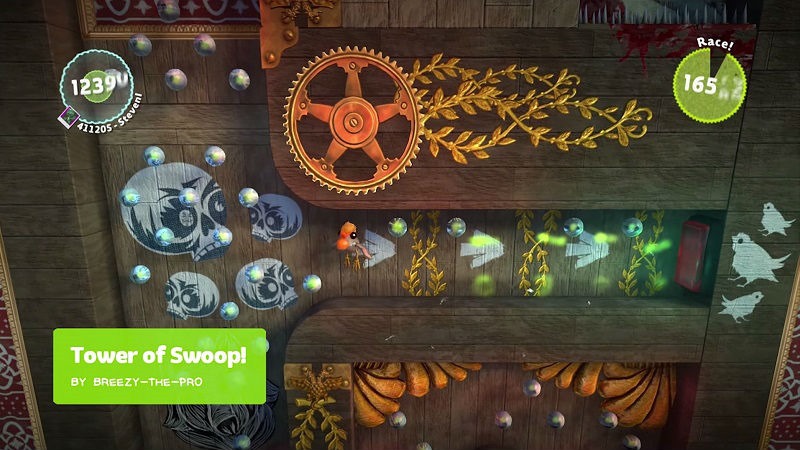 One gaming franchise I love dearly is LittleBigPlanet. I have spent many a happy hour in those imaginative little worlds across PlayStation 3, PSP, and Vita, both solo and co-op. LittleBigPlanet 3 will be out later this month, and while I have my doubts about the game (it’s not being developed by Media Molecule – the creators), I think it will still be a ton of fun. The beta kicked off a while ago, giving some fans time to tinker with the level creator. Sumo Digital, the developers of this third title, have put together a video showcasing their favourite creations thus far.

Here they are, accompanied by an over-the-top feel good track which only a LBP video can deliver.

If you’ve played any of the games, you’d know that the experience is pushed beyond its shelf life thanks to the imagination of the community. There were some really phenomenal levels in previous titles!

They had some limitations though in the form of the level creator thermometer. Basically, creators were limited in that they could only put a fixed amount of assets or pieces in their stage. This is not the case with LBP3 which relies on how much HDD space you have instead. I reckon we are going to see some truly massive and unrestricted creations.

What I am most excited for is to see how people use the new characters, Geoff Oddsock, Swoop, and Toggle. Previous titles only had the lovable Sackboy, who could only really jump, push, and grab, as well as use a neat gadget or vehicle here and there to help him along. These new characters come with their own skillset, so it will be interesting to see just what the imaginative community will put together with that in mind.

LittleBigPlanet 3 will be landing on our shores on the 28th of November, on both the PlayStation 3 and 4. Will you be picking up a copy?