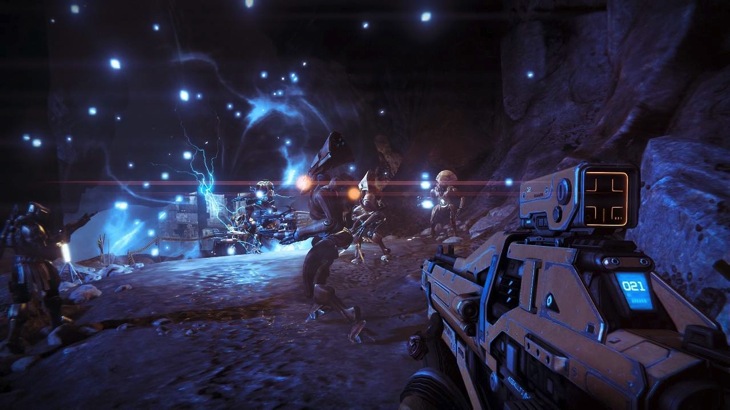 Destiny is shaping up to be a game I keep forgetting about, until I hear more and get excited. Yeah, I know, it’s blowing hot and cold for me. However, we finally get a glimpse at some gameplay in this latest PS4 commercial, and I’m definitely getting hot again.

Using the Destiny sharing as a way to show of PS4 share, we get this commercial:

For those who don’t watch videos, we get some cool images of characters being dropped in on a new environment with some pretty impressive visuals. Wow that world is pretty. This is followed by some run and gun clips, presumably on the moon – the map looks similar to some screen shots and images we had earlier. It closes out with a face off between two characters as they run across a bridge, zooming in with a scope to take the one out before the other slides under him. Fancy moves!

It’s all part of a commercial for PS4, showing off the PS4 share ability which you can use to share videos of your best in-game moments. Nice stuff, but no one will care about that, they’ll be too busy picking apart every detail they can about Destiny.

Does this MMO-ish shooter strike your fancy, or are you more excited for Titanfall and The Division? It’s nice to see such a variety of new shooters coming onto the market – more than COD and BF4, these are bringing in the new IP and reminding gamers there’s more to shooting than modern warfare.