Home Gaming Choose your own Chaos in Just Cause 3 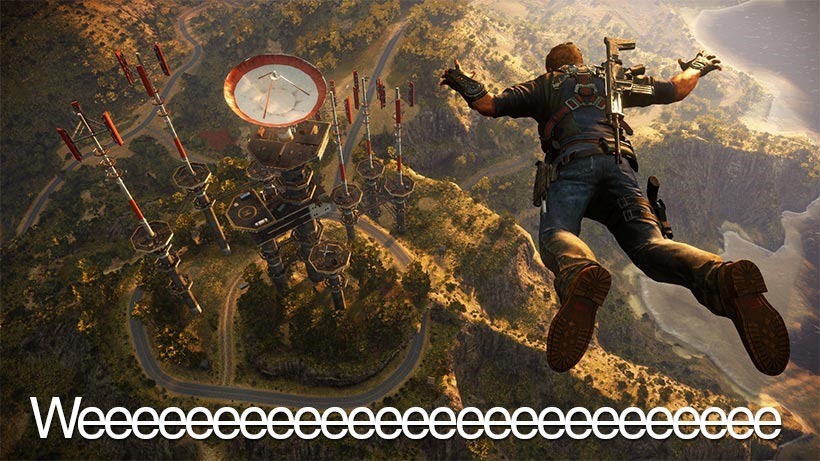 Just Cause 3 is one of those games that we’re rather excited about – because it doesn’t take itself at all seriously. It’s just zany, balls-to-the-wall fun, and after far too much kak en drama, it’s the perfect sort of video escapism. We’ve told you about the game, and now you can experience it for yourself. Sort of. In a new Interactive trailer, you get to choose your own chaos.

“At E3, we wanted to show our fans a sneak peek into the sheer volume of creative choices they will have access to in the game,” said Christofer Sundberg, Co-Founder and Chief Creative Officer at Avalanche Studios in a press release I have just copied and pasted from because it’s late in the afternoon and I should be drinking beer. “Today, we’re excited to share the fun with the rest of our Just Cause fans around the world.”

If that’s not enough for you, there’s the whole bit of the game that people got to see at E3 this year, showing Rico’s explosive exploits.

It’s coming to the PS4, Xbox One, and suitably-specced PC on December 1.