I would be lying if I said I knew anything about Cobalt before my hands on time with it at Gamescom. I entered the stuffy, cramped convention room with a handful of other international journalists, a puzzled look planted firmly on my face. I really had no idea what to expect from this indie side-scrolling shooter! Following that session however, after thirty minutes or so which included a few rounds of multiplayer mayhem and a quick demonstration of some of the game’s other content, I left, wearing a huge smile.

Though, I’m still not entirely sure what Cobalt is meant to be. There is a campaign embedded in the game somewhere, which according to developers, Oxeye Game Studio, will take players anywhere from 6-8 hours to complete. Beyond that, is a whole lot of other random content to keep everybody busy.

But first, if you like me, had no idea what Cobalt is, let me bring you up to speed. At a glance, it looks like it is the average side-scrolling shooter. I made that very assumption, only to be proved wrong within the first few minutes of the presentation. 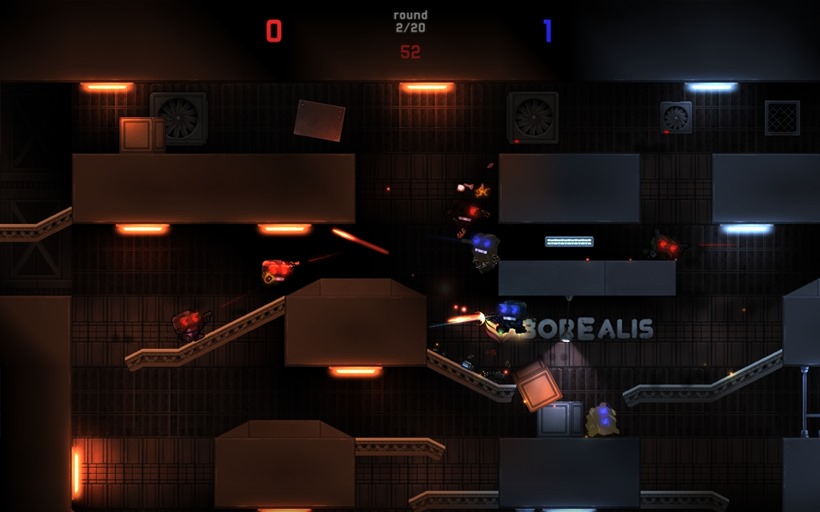 I assumed it would play out like a modern day Liero or Soldat – two old-school games of similar genre that boiled down to who could shoot the other the fastest. Cobalt is identical in a sense, except there are some key, more modern gameplay mechanics thrown into the mix.

When confronted with a dangerous projectile, time slows down, allowing a player, if timed right, to roll out of harm’s way. It’s also possible to return the projectile via a well-placed melee attack, turning the fight around almost instantly if the attacker is not prepared for that reflex from the defender.

Lastly, firing while crouched serves as an auto aim. It sounds ridiculous that such a mechanic exists, but it makes sense when you realise that Cobalt is more about timing than it is about actual aim.

When I was first got told of all the mechanics above, I was still rather skeptical about Cobalt. Awesome animation and cute visuals can only get it so far, right?

Given a controller and placed against three other journalists though a few moments later, and I was sold. Cobalt took a minute or two to get used to, and soon enough, I was giggling along with the others at all the multiplayer mayhem taking place.

Within this short session, there were several “ooooh!” moments where somebody either avoided a projectile or gunfire narrowly, or received the full damage, slowmo and all, due to bad timing. It was insanely entertaining to play, and rather mesmerising to watch even when I had to give my controller up to for somebody else to get some time with the game 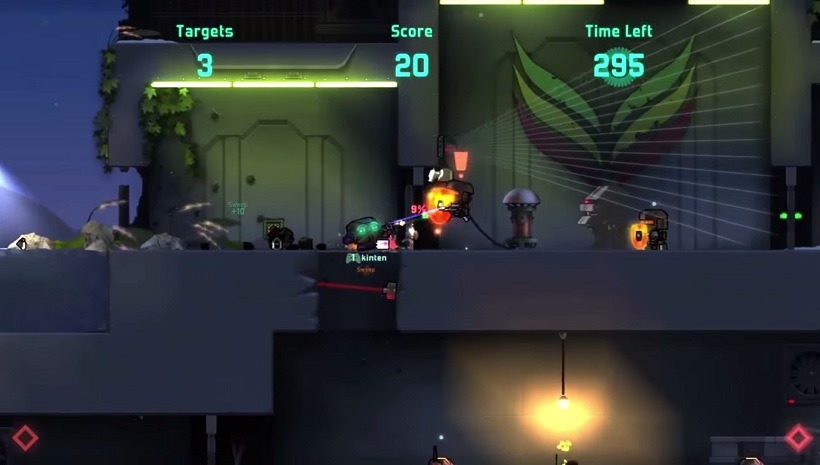 Even if it just came with this deathmatch multiplayer mode, Colbalt would makes for a rather fantastic couch co-op or party game. I can easily see a group of friends plugging away hours into the early hours of the morning, either killing each other, or working through the game’s several other modes.

My short time with it was certainly enough to convince me that Oxeye are working on something special. We’ll just have to wait and see if that really is the case when Cobalt officially launches on Xbox One, 360, and Steam, in October later this year.