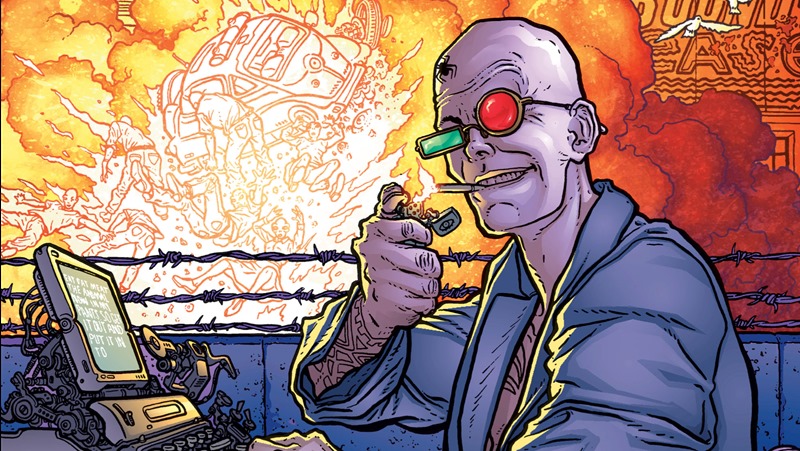 So you don’t like comic books. You don’t like all these capes and metal skeletons running around, with a 24 page plot that is easily rectified with a light sprinkling of Deus Ex Machina that puts everything back in place. That describes a lot of comics these days. But the thing is, some of the best comics out there, don’t star super heroes. Not in the traditional sense anyway. There’s a comic book that wrapped up a few years ago, that centered on a drug-addled madman in search of the truth in the distant future. And it’s one of the best damn comics that you’ll ever read.

It’s called Transmetropolitan, and it stars a journalist by the name of Spider Jerusalem. You ever hear the phrase that the pen is mightier than the sword? In the hands of the unhinged Jerusalem, it’s not only dangerous, but his level of journalism could most likely cause mass suicides if left unchecked. 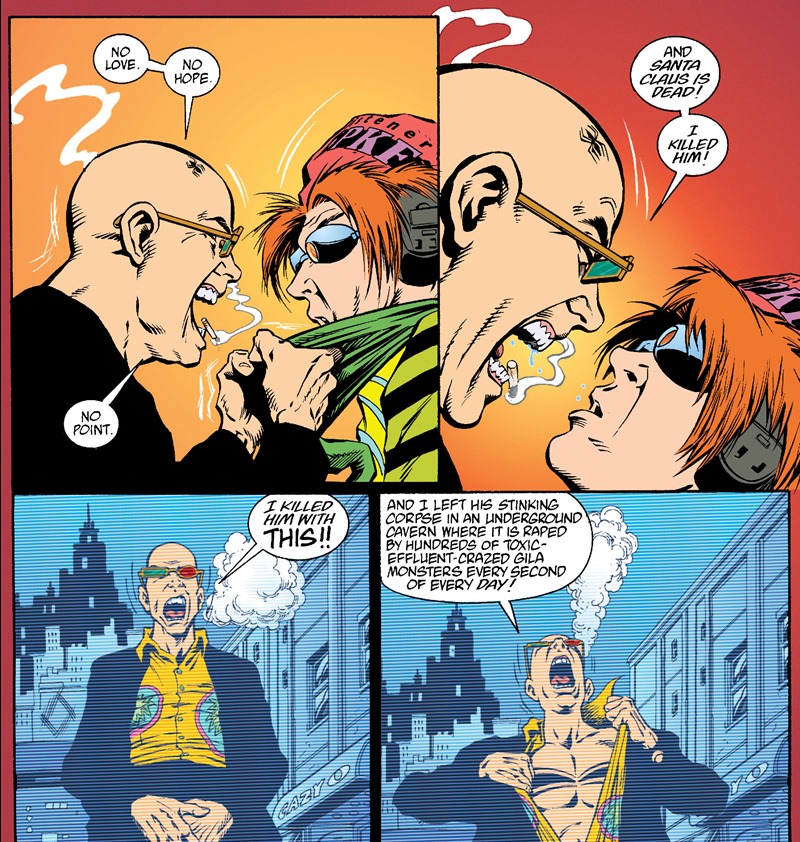 And it’s a level of writing, that is needed, in the world of Transmetropolitan. This is a series set in a city where meme-tastic ideas have transcended to a new level. This is a world where takeaway human body parts are an everyday lunch, where all manner of drugs are freely available and technology has reached a singularity resulting in post-human development and evolution.

It’s the 24 hour news feed taken to a logical extreme, with Warren Ellis writing about a world that all for its shiny advances and ideas, is still anchored by some old school corruption and vices. And then you’ve got Darick Robertson, who brings the infamous City where Jerusalem resides, to breath-taking life with detailed pages and plenty of Easter eggs. 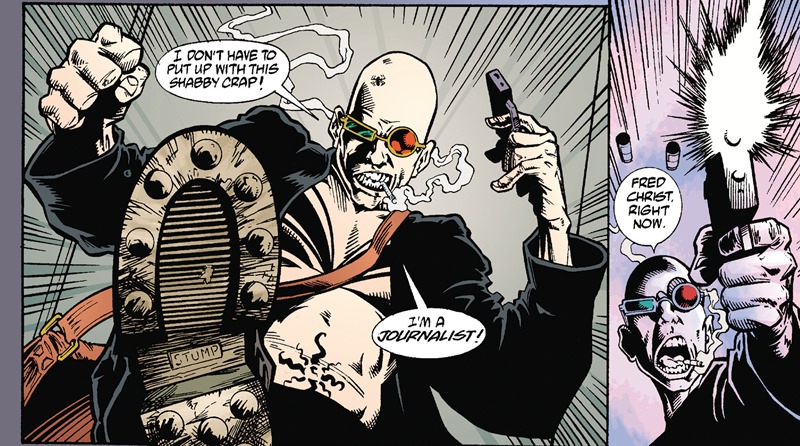 And then there is Jerusalem himself, who may just be one of the greatest characters to ever hit the page. He’s a bitter man, gonzo journalism in the guise of Hunter S Thompson carried to the extreme, hooked on drugs that will fry your brain and has no limits to his search for the truth as he dances between moments of madness and lucid crusading. And he’s the hero, basically.

Joined by his filthy assistants, there’s a lot of rot in the City, which extends all the way to the highest office in the country, as Jerusalem makes a deadly enemy early on his renewed career. That’s a  story arc that is resolved at the end of the series, but it’s not the only one available. Transmetropolitan has several other smaller stories to tell, and it’s here where the series found a heart. It’s these tales that show you that no matter how bad the world around you is, there’s always some sort of hope to find. 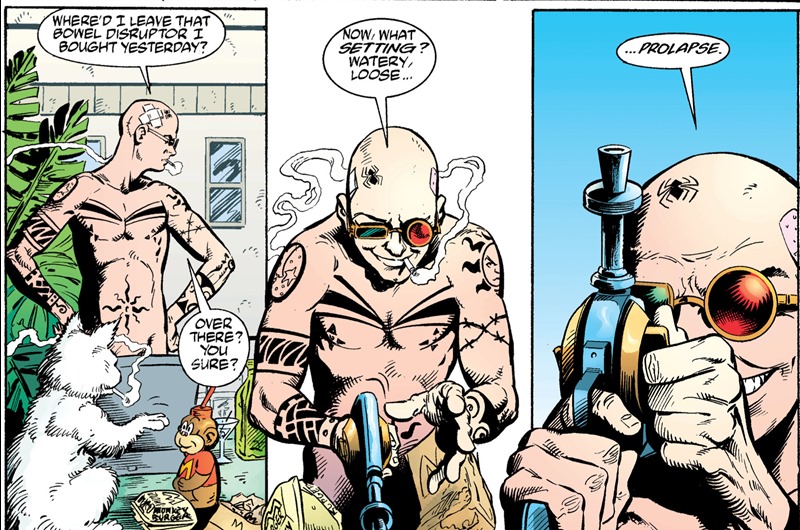 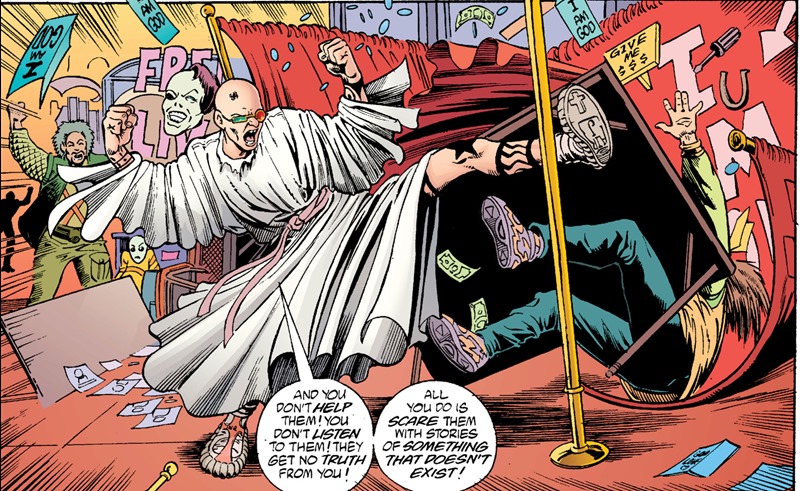 Why aren’t you reading this yet?

Excellent, now you can be an insufferable cinephile or video gam enthusiast and still not …