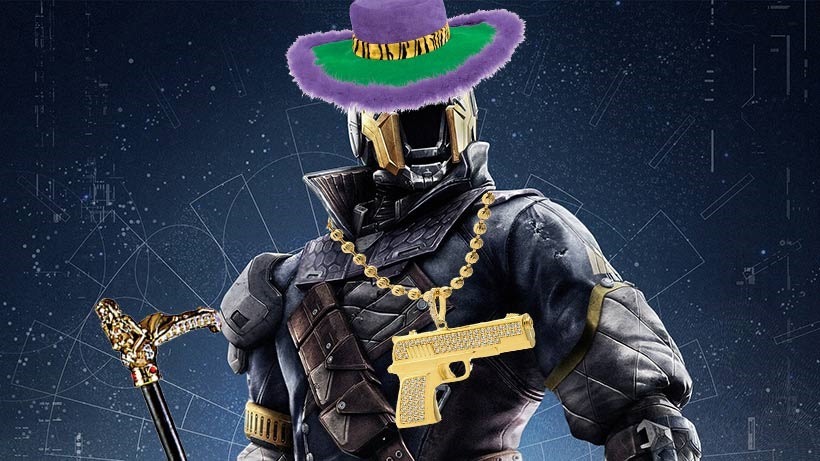 Destiny: The Taken King’s initial announcement didn’t exactly go down well with veteran Guardians. A special retail edition of that game that bundled in the new expansion, existing DLC and the core game left year one Guardians feeling let down at the thought of having to repurchase content.

Bungie has sort of addressed that issue, now saying that regulars can purchase some of that DLC separately. Although only the Traveller knows why anyone would pay $20 for emotes of all things. Bungie however, will be giving more to year one players. You know, the folks who actually do matter.

That’s according to the latest weekly update, where Bungie teased…something:

Throughout this summer, we’ll have many chances to delve deeper into the second year of Destiny. For now, it’s appropriate to talk some more about the first. It’s been a long, strange trip, and we have yet to do it justice. Fortunately, there’s a time intended for that.

Exactly twelve months ago, we had seen the first signs of a Destiny community. The Vanguards had broken new ground in the Alpha. The second wave of explorers were lining up to breach the boundaries of the Beta. Ever since those first sparks of character creation, we’ve seen a global population of Guardians emerge.

Our inaugural journey around the sun is cause for celebration. Bungie [Community] Day is just the occasion. This tradition was set into motion by players of Bungie games. We made it official on 07/07/07. Since then, the seventh day of the seventh month has been a time to recognize an amazing group of people who assemble in games to become a community.

Pay us a visit again on Tuesday. We’ll have some celebrations of the awesome stuff you’ve done this past year, along with some invitations for how you can express yourselves.

We’ll also tell you how any player who has braved the first year of Destiny can achieve permanent, exclusive legendary status. This is something we’ve been working on for a while, and your own triumphs are the crucial ingredient.

That ties into a certain belief that I have in the way Destiny handles loot in the game. Each piece of gear really does tell a story, with the House of Wolves expansion throwing more custom armour and weapons into the mix in order to create a unique Guardian. No two Guardians look the same, and with various armour shaders available, the idea of creating your own personal legend does ring strong in Destiny.

And that’s something I want to see more of in year two of the game. That, and maybe a proper trading post. That’d be rad. I really want a Thorn hand cannon dammit.