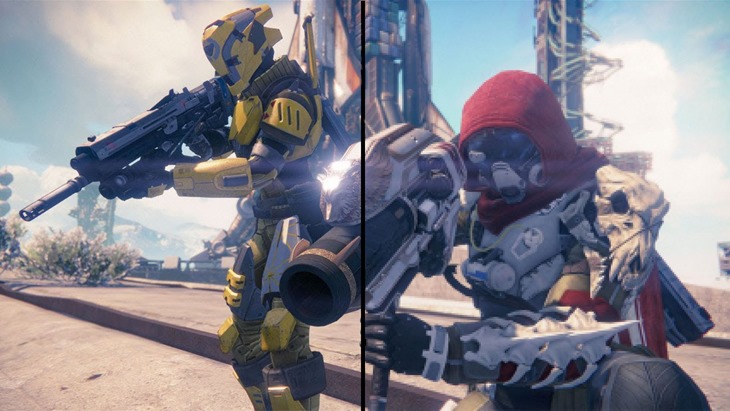 Happy Destiny beta day! Well, if you have a Sony console that is. The Destiny beta kicks off on PS3 and PS4 today, with the Xbox crowd getting in on the action later next week. Too bad Destiny won’t be looking identical on PS4 and the Xbox One by then.

Bungie has revealed that the Destiny beta will not run at 1080p on the Xbox One. The beta is already set to run at full HD on the PS4, but apparently Bungie hasn’t ironed out all the optimisation bugs for the Microsoft version just yet. This comes just a week after the Bungie forums were bombarded by hurt Microsoft fans, who claimed that the studio had abandoned their original fan base.

Fear not though, because Destiny will be running at 1080p by the time the game launches this September. Having the game running on par with Sony’s console is probably top priority for Microsoft. The Xbox One’s image has already been damaged by most third-party titles running better on the PS4, in terms of resolution at least.

A few weeks ago Microsoft released a new update that allowed developers to squeeze more power out of the console by disabling Kinect. Not long after Bungie stated that this helped them reach 1080p with Destiny on the Xbox One, and similar praise has been expressed by many other developers. It’s just a pity it won’t be optimised in time for the beta next week.