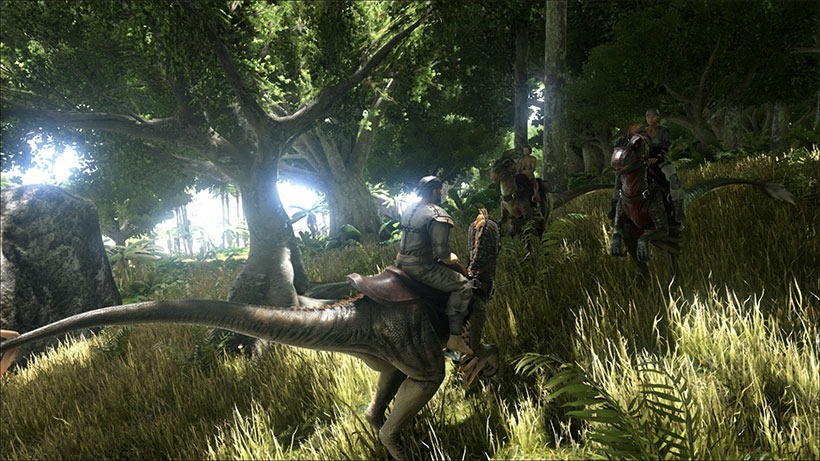 Gamers seem to love dinosaurs, whether they’re cobbled together out of sentient machinery in Horizon Zero Dawn or the great big terrible lizards we’ve been brought up to believe they were. Open world dinosaur survival adventure game ARK: Survival Evolved has proven just how much gamers crave interacting with digital dinosaurs, by becoming the latest early access survival game to sell over a million copies on Steam despite not technically being a finished game.

It took just under a month of it being available for it to hit that milestone, joining games like DayZ, Rust, Don’t Starve and The Forest in the upper echelons of early access open-world survival.

Its release timing could not have been better, coinciding nicely with the fever-pitch anticipation for Jurassic World. That was certainly a factor in its success, says developer Studio Wildcard’s Jesse Rapczak, who serves as co-creative director on ARK: Survival Evolved.

“[With] the timing of Jurassic World, dinosaurs are really big right now, so that [release timing] was kind of intentional. We wanted to be out and be the biggest dinosaur game around summertime,” he said. 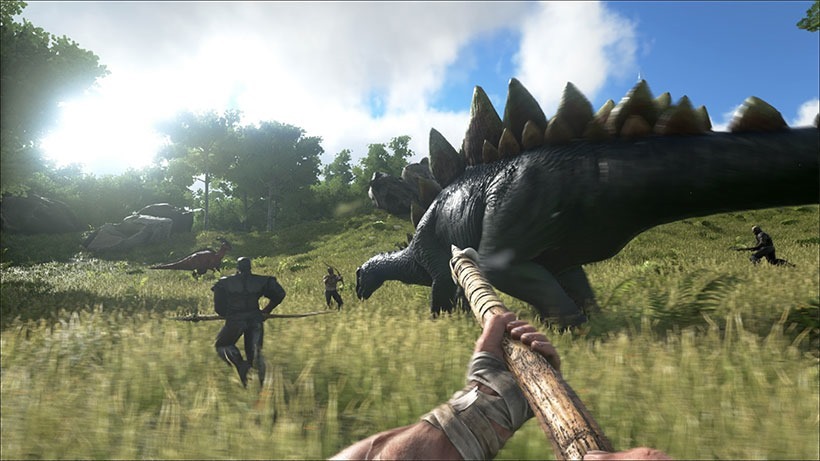 But it wasn’t the only thing drawing people to a game that lets you ride on dinosaur’s backs.

“A lot of people have been streaming the game during this time, it seems like it’s a very streamable game. People have a lot of fun, they’re doing all sorts of stuff in the game, and I think that’s kept it at the top of people’s playlists. They see a lot of their friends doing fun stuff in the game when they’re playing together,” he continued. “That’s really one of the things we designed the game for, with our tribe system, and I think a lot of people sharing the news of the game and sharing all the fun they’re having has helped the world spread.”

And while the game is often branded as Rust with Dinosaurs, its developers believe it has its own unique flavour, largely thanks to its emphasis on co-operartion and adventuring as opposed to straight out survival.

“We’re very careful to call Ark an ‘open world adventure game,’ because it’s not just about survival,” says Widcard’s Doug Kennedy “And I don’t think it’s a very deep comparison [with Rust], to be honest. Ark has a lot of solo play that’s available and that will become more available over Early Access. There’s a lot of adventure and discovery in the game, attaining creatures and creating pets and having that AI that’s in the game with you. I think it’s a little bit of a deeper experience than a lot of the survival games that are out there right now.”

“One of the reasons that this game is different from other survival games is that it really encourages cooperation and exploration,” Kennedy added. “A lot of the other survival games out there aren’t really aimed at cooperating. They’re really aimed at solo survival skills, where with this game, you can do a lot of things with a village or a tribe or a group that you just can’t do alone.”

If this sort of thing tickles you – and honestly, it’s got dinosaurs in it so it should – you can pick it up from Steam at the moment for a reduced price; $25 instead of $30.