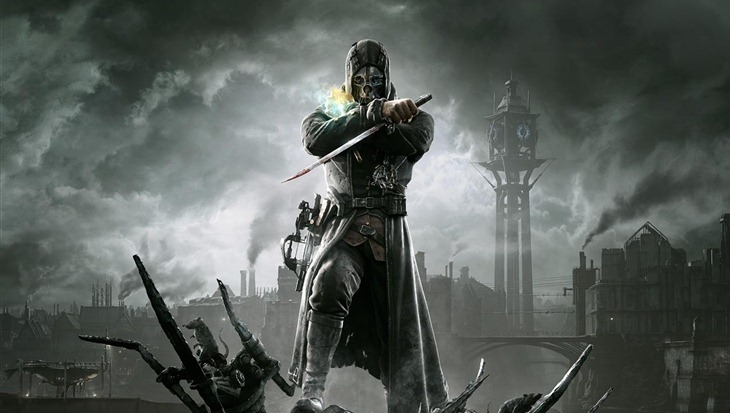 Sequels! Get yer sequels! Fresh from the development studio! Includes extra crunch time! Get it on a stick! Good for what ails ya!

Thanks to the impossible fact that the internet has made secrets about as obsolete as fax machines, today’s spicy dish of video game rumour-mongering comes in the form of a dagger in your back. Or more specifically, Dishonored.

The game was well received when it launched in late 2012, and according to this slide which AGB got from their Deep source, the game will be unveiled just in time for the Wrestlemania of gaming shows, the Electronic Entertainment Expo. Or E3 for short. 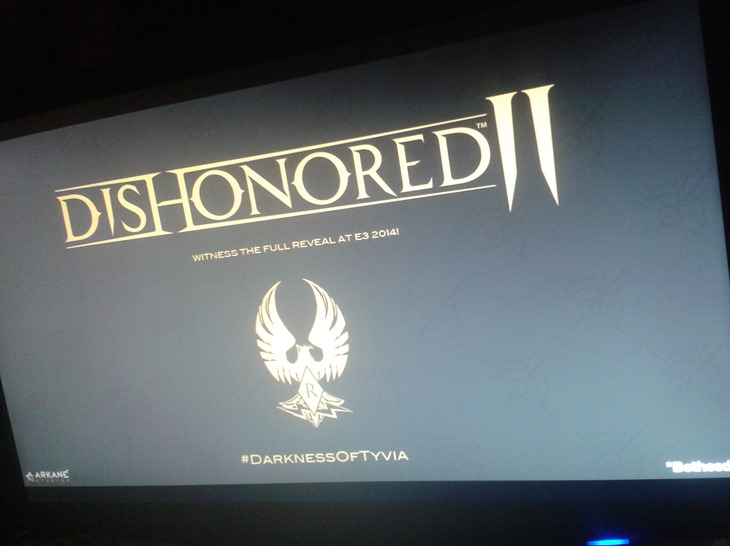 Take it with a pinch of cynical salt if you will, because just about anyone can photoshop that kind of image. Well, unless you’re Gavin that is. I really hope he isn’t reading this right now. Bethesda has notoriously tough on NDA breakers, but if this is true, we’ll have to wait until June to see the first obligatory teaser trailer.

Still, there’s more than enough reason to make a Dishonored sequel. Bethesda boss Pete Hines still referred to it as a “new franchise” for the publisher, and developer Arkane Studios have been dead quiet since they finished work on the final piece of DLC.

I only got into the game myself last year, after finally pick it up in the final months of 2013. And I’m still kicking myself for not having played it sooner, as Dishonored truly is one hell of a gem.