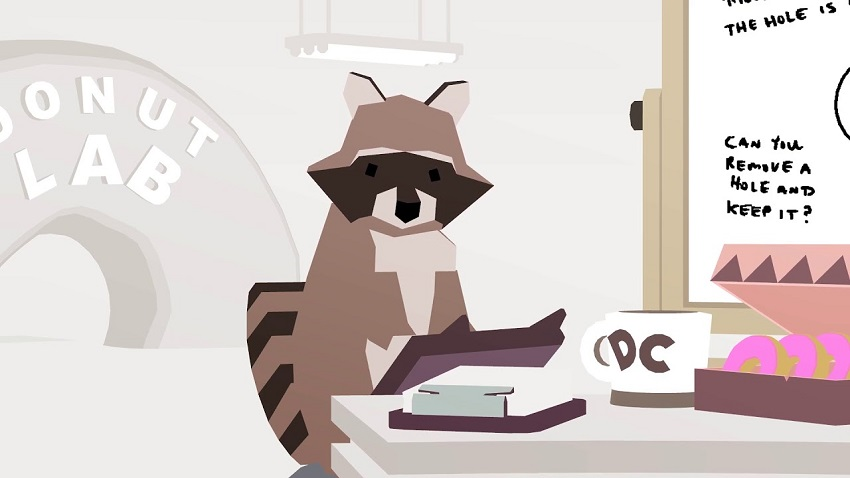 When you think of a platformer, the pit is your worst nightmare. The endless fall to your death only to be revived again is treated as foe instead of friend. In Donut County, that idea is flipped on its head. Sort of. Instead of having to navigate around a hole, you are the hole. Or more specifically, you’re a raccoon that’s remote controlling a hole that only grows with each object it consumes. Donut County is weird, and it’s out in August.

Just take a look at the game’s announcement trailer, which shows a pretty ragged groups of characters conversing around a fire about the events that lead them to that point. It’s clear from the start that this hole’s ravenous appetite got the better of its controller, consuming almost everything in this world. With some sharp writing to match the truly ludicrous circumstances, Donut County isn’t just aiming to be unique, it’s having fun too.

Mechanically, Donut County is actually a puzzle game, of sorts. Each new scenario will have you testing the physics around the idea of being a moving hole. You’ll consume objects that might help you reach other, moveable parts of a stage, such as letting a lamp post fall down at a specific angle so you can use its long reach to move a platform above you. You’ve never really played as a character like this before, so expect Donut County to have some really good puzzling zingers from the get go.

It’s out on August 26th on PS4, PC, iOS and Mac. There’s no word yet on whether it’ll be coming to more platforms soon (like, you know, the Switch).