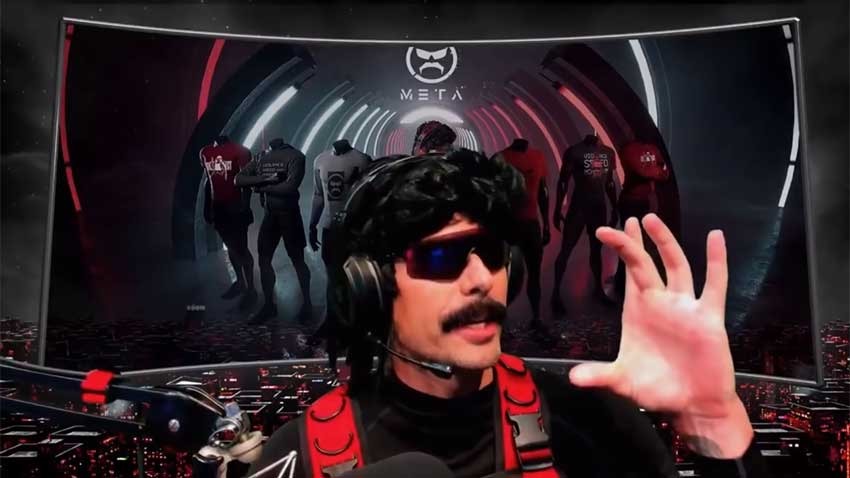 Streaming giant Twitch has been a whole new platform as of late. Love or loathe the fella, but seeing Dr Disrespect (Guy Beahm to his mom and dad) get slapped with an RKO-banning from outta nowhere was a sign that things were changing on Twitch. So what happened, what was the final straw o the Twitch camel’s back that finally saw their patience run out with the controversial streamer?

Nobody knows, Twitch is keeping a lid on their decision to eject one of their most popular draws from their site and Beahm himself is still in the dark about his ousting. “Honestly, we just don’t know,” Beahm said to the Washington Post in a new interview.

It was a total shock. Imagine showing up to work and the doors are closed and you can’t get inside. You’re going, ‘What’s going on?’ And you’ve been told you’ve been fired. But you haven’t been told the reason why. We just weren’t given an answer. It was the worst feeling.

Beahm had signed a two-year exclusivity deal with Twitch earlier in the year, with his ban coming on June 26. There’s no shortage of wild theories as to which line Beahm had crossed with his onscreen character and schtick, although a further interview with PC Gamer where he was pushed for answers surrounding his comments about English conspiracy theorist David Icke and the Coronavirus resulted in his publicist quickly stepping in to do some damage control:

PC Gamer: Sure, and I want to talk about that. But first, you did recently ruffle a few feathers after sharing a video during a stream of Dr. Thomas Cowen, and he was talking about some coronavirus theories. You’ve been open recently and sharing some of your own thoughts about coronavirus and even relating it to things like 5G networks. Even on your last stream, you were talking about David Ike and his documentary. I’m curious, in bringing up those thoughts—and I think it’s okay to call them controversial—did that ever result in Twitch saying anything to you or warning you?

So you don’t think that might be the cause?

Beahm’s publicist: We’re getting really close to dangerous territory here. So, you know, Doc, we don’t know why Twitch banned him, and there is no formal warnings or reprimand on record. That’s all legal is going to let him say.

Victim of Twitch’s heavy-handed policies or cunning strategist looking to keep his brand relevant after losing his primary source of fame and fortune? You decide. As for where Dr Disrespect will end up next? It certainly won’t be Mixer, now that that platform is dead and buried.