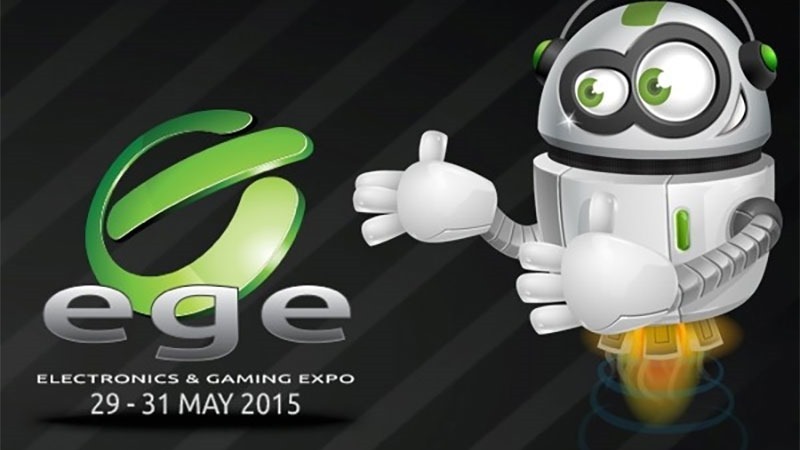 This weekend saw Cape Town’s inaugural EGE – or Electronic and Gaming Expo. It’s something Capetonians have been starved for, watching people in Gauteng become complacent about the fact that those of us inland have rAge every year. I’ll be honest. We weren’t expecting very much from the Expo. Things were organised late – with the expo only really confirmed to be happening a month ago. It appears our apprehension was misplaced. We sent three roving reporters to EGE to give us their impressions of the event – and though one of them went missing, it seems a good time was had by all. Here then, are the accounts of two of them. 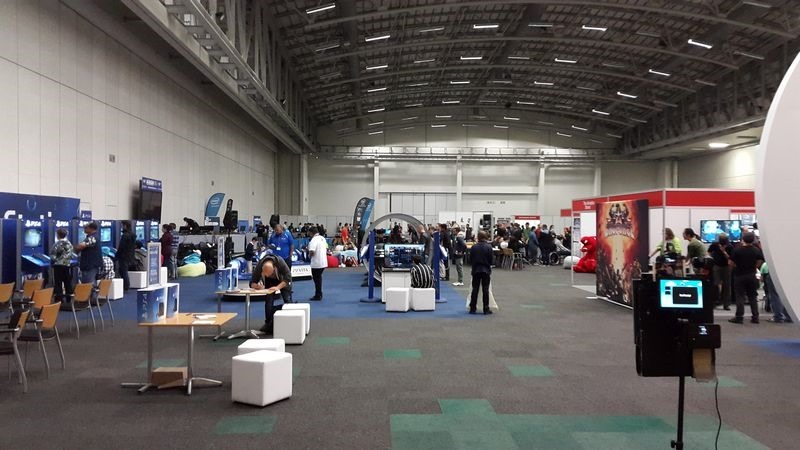 Pictures from the quieter Friday

Walking into the CTICC’s Hall 4 on Friday evening and seeing all the banners and stands expertly erected – defying some predictions of complete failure – there was a lot of potential in the air for Cape Town’s first major gaming expo. Potential, but not so much people. Whether due to the horrifically poor weather or the fact that that show’s 7pm closing time meant that the 9-5 crowd would barely have enough time to make it home and back, EGE2015’s opening day saw only a middling group of people wandering the sights. Sure there was a queue to check out the highly impressive Occulus Rift at the Learn 3D Game Development stand, but other than that it was a modest turnout.

Oh what a difference a day makes.

Arriving again at 10am on Saturday morning, I was immediately greeted not just by the queues to just get inside, but by the palpable buzz emanating from the venue. EGE2015 had built it, and Cape Town had definitely come out. And they stayed there. 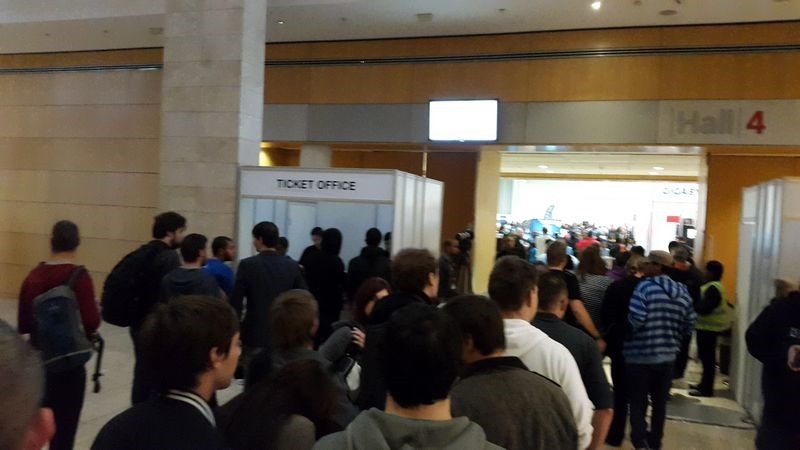 But things picked up considerably on Saturday

Hall 4 buzzed throughout the day as throngs of eager and excited visitors tried their hands at various games at Sony’s massive PlayStation stand, checked out some cool indie titles at the MakeGamesSA tent (including one of the most ridiculously fun things I’ve played in ages in a 4-player QWOP–like mech game), ogled all the shiny hardware at the Frontosa, tried their hand/dice at tabletop gaming courtesy of Battle Bunker, picked up a boardgame from Skycastle’s gigantic selection, grabbed some tasty grub from the food trucks, showed off their incredibly cosplay, tried to best each other’s lap times on Project Cars to win an Xbox One and much more.

And for those not checking out the gaming goodies, they could also just check out some top gaming instead as Zombiegamer’s tournaments for Mortal Kombat X, FIFA 15, League of Legends, Counter-Strike: Global Offensive and Call of Duty: Advanced Warfare drew big crowds throughout the day, with the live commentary from the big screen on the main stage offering a nice touch to those that couldn’t cram into the competition section of the hall.

The comps saw some of the best CS: GO and COD: AW action I’ve ever seen, and the MKX tournament – which I had entered and promptly got eliminated from – produced a big upset, as the seemingly unbeatable winner of last week’s Mortal Kombat X Cup Cape Town Leg, D1GamerKid, got taken out in the quarter finals by a surging Lumi (best damn Sonya player I have ever seen!), who would eventually go on to win the whole thing and claim the biggest prize of the day in a brand new PS4. 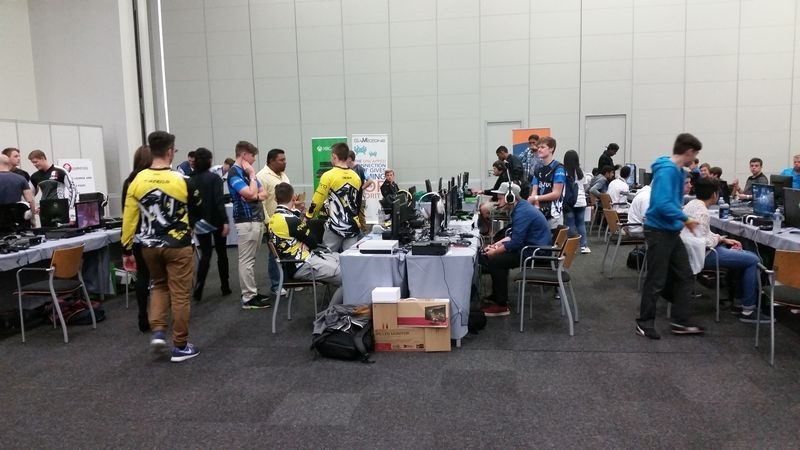 Some unforeseen technical niggles may have hampered the gaming competitions a bit in the beginning, but Zombiegamer and their crew ended up pulling off a fantastic job in the competitions. In fact, everybody did a great job in their respective domains. It’s true that there could have a bit more variety in the stands, and a lot of more tech on display, but most of that lack of exhibits was due to suppliers/exhibitors not wanting to commit to an unproven event. Well, EGE 2015 is most definitely proven now.

Through the cold and rain, locals had turned out in droves (and I believe, a fairly large amount of them showed up again on Sunday to watch the gaming tournaments wrap up and catch the last of the expo goodness) and showed that there is most definitely a market for a RAGE-like expo down here in Cape Town as well. Buoyed by what I saw this weekend, I’m incredibly excited to watch this thing grow and see what the EGE team can cook up for 2016, especially since we will definitely be seeing more exhibitors jump on board now. Hell, after all the positivity for the event I’ve seen flying around, they may even be *cough* RAGE-ing about the fact that they hadn’t done so already.

EGE exceeded all expectations and then some. I wasn’t personally expecting the event I attended, but in my defence it was understandable. With the sudden last minute advertising and exhibitor announcements, things never looked good from the onset, but I am pleased to say that I was wrong, in every single way.

I arrived at the hall at about ten o clock and the hallway was already packed with people lining up to enter the hall. Upon entering I could already see the event was catering towards people of all ages. There were little sections set up with Vitas that already had Lego games loaded up and other kid friendly games and as the day progressed I saw an increasing number of families showing up with their kids running around and playing games with their parents. I absolutely loved watching this and I was extremely happy to see a pretty diverse attendance. 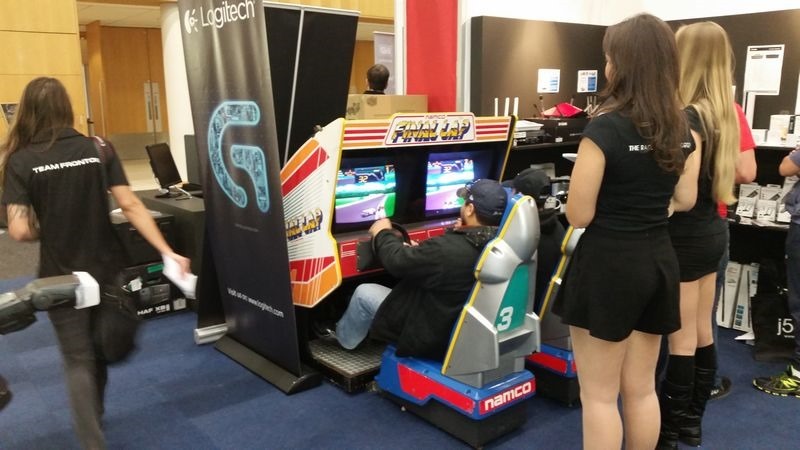 There weren’t a great number of exhibitors but it was sufficient enough for EGE’s first go. There were a few tech stands showcasing the latest in PC hardware, the friendly Make Games South Africa guys were there as well showcasing Joust!, Desktop Dungeons and Cadence amongst other things. Then there was a section for all the table top guys which included playing space and stalls selling related items. Reader’s Den had a number of comic books and figurines on display alongside a number of stands where local artists were showcasing their pieces.

The Cosplay competition was probably my favourite event of the day. According to the announcer it was a last minute and unplanned thing but surprisingly it went down quite well. I even overheard people who never knew what Cosplay even is saying that they would love to try it out as well. People were extremely open to it and it really warmed my heart to see the overwhelming support shown for the Cosplayers. The lack of proper planning was evident and things seemed a little bit all over the place, but they all did well at the end of the day and it was quite the success. 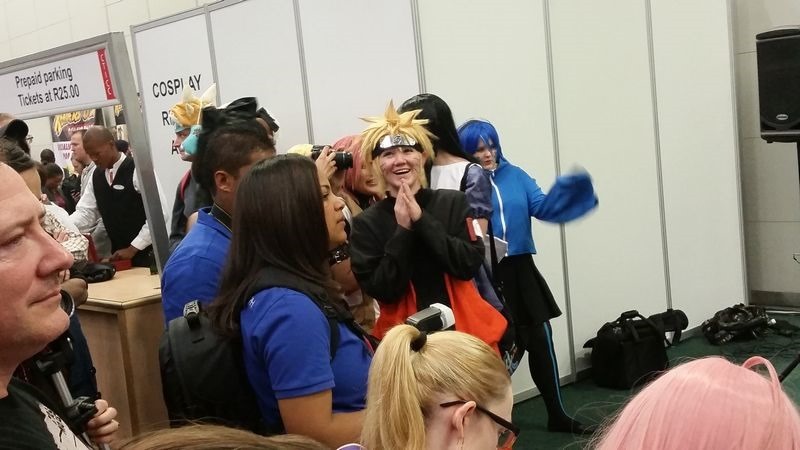 At the end of the day, EGE had a pretty great turn out and everyone, for the most part was enjoying themselves. The tournaments were also quite popular with a console and PC section each with their own contestants and clans. There was a whole section dedicated to watching a livestream of the various games being played, which had the most comfortable bean bags I have ever sat on. There was quite a long line for the Oculus Rift as well which I unfortunately never got a chance to try out but it was quite entertaining to watch people’s reaction to the experience. Overall, EGE was an event that was friendly to newcomers and enthusiasts alike. It wasn’t perfect as by noon it was already packed and more space would’ve been welcomed as I could hardly move from one section to the other and it could have really benefitted from a bit more things to do and interact with, but alas, this is EGE’s first stab at a gaming event and they can only go up from here. For once, I’m not jealous of Johannesburg, well, not that much in any case.