Home Gaming Elite: Dangerous is not exclusive to Xbox One 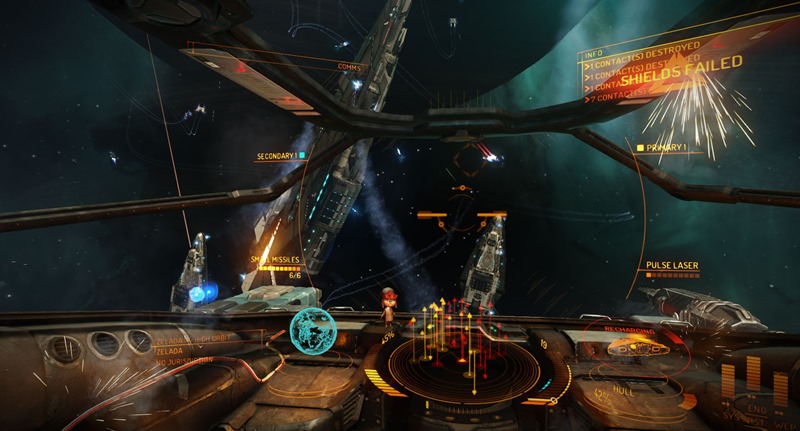 Elite: Dangerous is the little space sim that could. While Star Citizen keeps getting more and more features added, Elite was content with launching last year on PC, and quite successfully. During Microsoft’s keynote at GDC this week, it was revealed that the online space simulator would be making its console debut on Xbox One. It is not, however, a console exclusive.

We’re living in a time where developers are watching more political dramas than actual politicians. It’s the only reason I can come up with for the sudden shift into political jargon being thrown around instead of straight answers. Microsoft announced Elite: Dangerous as a console debut, later stating that the game would be an exclusive. The game is anything but that though, and will eventually arrive on PS4 and Mac.

Frontier Developments founder, David Braben, clarified this on Twitter after causing a lot of the confusion in the first place. Elite: Dangerous will be a timed exclusive on Xbox One, although there’s no word on how long the deal lasts.

@smallfaraway_ Sure. Mac of course, then down the line we will support more, including PS4. The XB1 is a timed exclusive.

It seems that Frontier’s close relationship with Microsoft helped the timed exclusivity deal go through. They were, after all, developers on one of the console’s launch titles, Zoo Tycoon, and the recently launch Screamride. They have a long history with Microsoft and Xbox, so it’s no surprise that they got first pickings on the console port of their hit space sim.

But at least you don’t really have to stress about getting an Xbox just for Elite: Dangerous. It’s set to launch on Xbox One sometime this year, so I wouldn’t hold my breath for a PS4 release anytime soon.