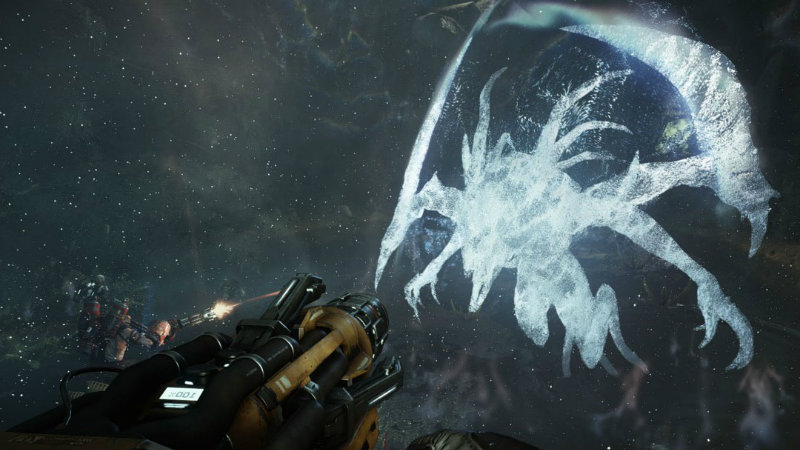 The asymmetrical multiplayer experience is getting a free weekend for everyone who isn’t playing on PS4:

Players will have access to four monsters, five modes, eighteen hunters, and nineteen maps across the weekend, while the DLC will be available on alternating days – Saturday for Season 1, Sunday for Season 2. Players who go on to buy Evolve after the event will be able to continue on with any progress they made during the weekend.

Sounds like a pretty cool deal for the weekend, especially if progress is maintained – that was one of my biggest gripes with the game at launch. The progression system felt unfair and uneven, actually encouraging players to play against their role in order to finish leveling certain weapons or abilities.

I’m glad to hear that Evolve is going free for the weekend, but I think it could benefit more from changing its pricing model in general. Turtle Rock and 2K should have learned from the MOBA landscape instead, making certain hunters or monsters free to play from one week to the next, with others only available for a nominal fee. I know I would have dished out cash to play as the Wraith from the get go instead of being forced to level up my Goliath and Kraken just to unlock her. It would have helped increase the player base if the game were free, and plenty of other games have already taught us that people will pay for access to different characters or even aesthetic upgrades.

Wouldn’t you give Evolve a whirl if it were free?