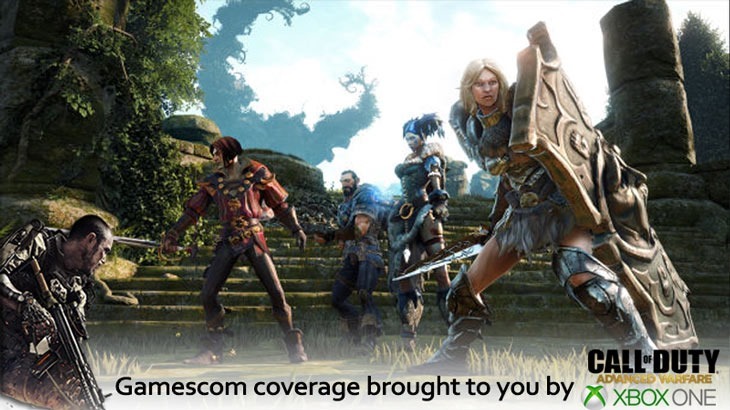 Fable 3 was rather divisive; a light-hearted playful romp, it paled in comparison to the previous games thanks to overzealous simplification. That game, and the middling Kinect-centric spinoff Fable: The Journey have sullied Fable’s name more than all of Peter Molyneux hyperbole could hope to. I entered a Gamescom session of the latest game bearing the once-beloved name, Fable Legends, with more than due trepidation. And then I had fun.

Admittedly, the game does move away from its roots quite bit. Gone is the sprawling open-world RPG light, which has already caused fans of the series a bit of consternation. Instead, it’s a series of interconnected battle arenas.

It attempts to take the combat bits of the game, and weave a more emergent take from that. In Fable games, you’re always joined by one or two NPC characters who fight along you as a sidekicks, but here, those NPC’s will now be played by humans; the AI displaced by – hopefully – real intelligence.

Set in the times before the formation of the Hero’s Guild, it pits 4 heroes playing together to vanquish a common evil. Each has his or own strengths and weaknesses, functioning as a specialist class. And while you may not be able to create your own hero, there will be over a dozen of them to choose from. Each will have a unique personality, and will spout out hours and hours of the same witty Fable dialogue you’re accustomed to.

Of course, and this is important, you can still play it alone if you choose, but like games of this ilk, it’s always better with friends. I played as one of the newly announced characters, Shroud. He’s a sneaky assassin, armed with bow and the ability to cloak himself for brief moments of respite. As an archer, he’s a long-range character, best for sniping and staying away from the melee action that tank-like characters will be engaging in. In addition to regular arrows, Stroud has a couple of area-of-effect attacks. One of them, an electrified arrow that you can charge, fire in to a crowd of hobbes, and let loose a blast of electrical energy.

The arena we played was tough..unduly tough – with all of us having to work together to take on the hordes of lowly minions, the challenges becoming progressively trickier as lowly enemies made way from being little…to not so little.

The kicker here, is that the overlord – the bad guy in charge of the bad guys –  is another human player taking control of the battlefield. Yes, very much like Dungeon Keeper – and a little reminiscent of the asynchronous multiplayer in games like  Evolve and Dying Light. He’ll have a top-down view of the arena, placing mines , spending points to spawn enemies, shutting off access to the arena with gates. The villain himself has to watch the battlefield, and adapt to how the players are doing, mixing up strategies to prevent them from reaching the end of the arena and slaying its end boss.

As a series of contained arenas, it’ll likely be just as divisive as the last few Fable games – but the brief bits I played were certainly fun, and something I’d like to play more of. Just think of it more as a spin-off, like Horizon was to Forza and resist the urge to ignore based purely on legacy.