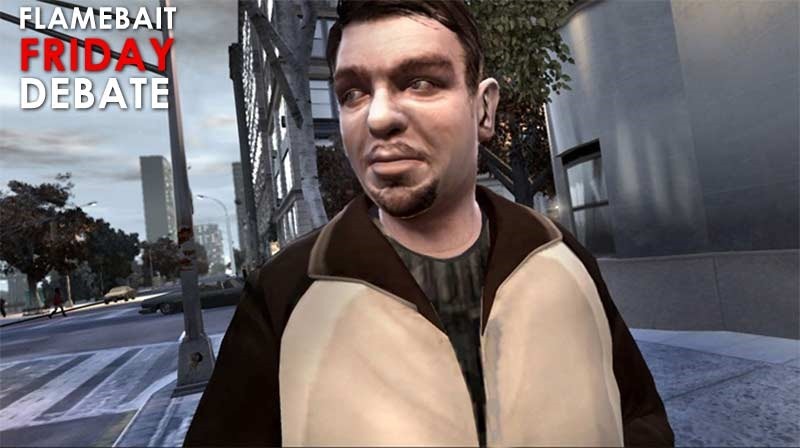 Video games are pretty great – but they can be seriously annoying at times. As the title here alludes, one of the most annoying things – and one of the reasons I stopped playing GTA IV – is that infernally annoying cousin and his perpetual requests to go bowling.

It brings to mind Navi, the fairy from the otherwise incredible Legend of Zelda: Ocarina of Time. Annoying to a fault, the little blue bit of light with its incessant “LISTEN! LISTEN! HEY!” very nearly ruined what would be a close to perfect game.

Other great games with minor things that annoyed me? The Last of Us. Yes, I know you all love the thing – but those perfectly formed, whole, conveniently placed pallets every single time there’s a body of water to traverse? That annoyed the hell out of me. Similarly, when it comes to mechanics – I hate missions in games that place you behind a vehicle mounted turret, where all you’ll be doing for the next 10 minutes is a bare-bones rail shooting – removing any sense of strategy or indeed, player agency.

Worse than that? Forced escort missions, and forced stealth in games that aren’t built around those mechanics. There are few things more annoying than having to babysit a character that seems intent on running face first in to bullets. Likewise with forced stealth – where the mechanics just aren’t in place to enable sneaky walking about, so it’s inevitably clunky, usually with instant death that sends you back to the beginning.

I’m sure there are countless more examples; the red jam that covers your face in FPS games when you get shot, only to gradually fade away as you magically heal behind cover. Needing to pick up a billion bits of armour, like in Wolfenstein. Games that let you carry like, 4 bullets – but about a billion guns.

You tell us! What other mechanics and characters in otherwise good games annoy the hell out of you? And afterwards, maybe we can go bowling!

For whatever reason, you can no longer buy Grand Theft Auto IV from Steam. Without any pri…