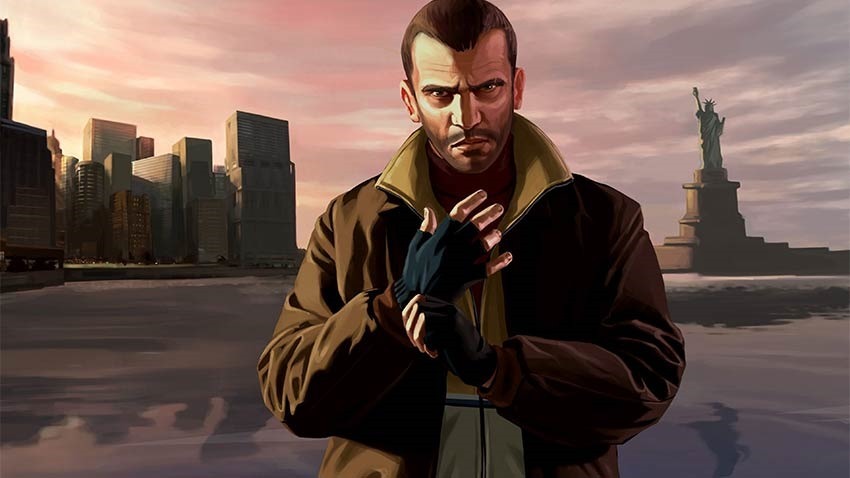 For whatever reason, you can no longer buy Grand Theft Auto IV from Steam. Without any prior warning from Valve or Rockstar, the New York-based crime simulator has summarily been yanked from the service.

The game is about an eastern European chap named Niko Belic who comes to Rockstar’s fictionalised version of New York – Liberty city – has him entangled with the underside of the city as he tries his best to escape his past. It also has him bowling with his idiot cousin far too often as you – as the player – balance friends and family emotional well-being with the criminal activities you undertake.

As GTA games are wont to do, it was incredibly well received when originally released on the Xbox 360 and PlayStation 3. And it’s probably my least-favourite main GTA game. For all sorts of reasons, I just couldn’t enjoy this game very much. Perhaps it was the humourless murder (I remember having to snipe an innocent old woman and the coldness of it all soured me) or the perpetual interruptions of “HEY COUSIN, WANT TO GO BOWLING!?” – but I just really didn’t enjoy GTA IV, so it being pulled isn’t causing me much concern.

As for why it’s been pulled? It’s probably down to one of two reasons. It could be another bit of licencing nonsense. Rockstar’s pulled games before because the music licencing for them has expired, but they’ve been a little better about that, patching out infringing songs and replacing them with fillers. It could also be related to Microsoft’s ill-fated Games for Windows Live service which is required to play the game, but is also an absolute slog to get working in 2020.

Either way, it’s gone, and I wouldn’t shed a tear if it never comes back.

INSOMNIA: The Ark is an intriguing dystopian “Dieselpunk” RPG and it’s out this year

We get dozens and dozens of emails about games every day. We certainly try to read every e…