Home Gaming FFD: Is it time to abandon the PC “Master Race”? 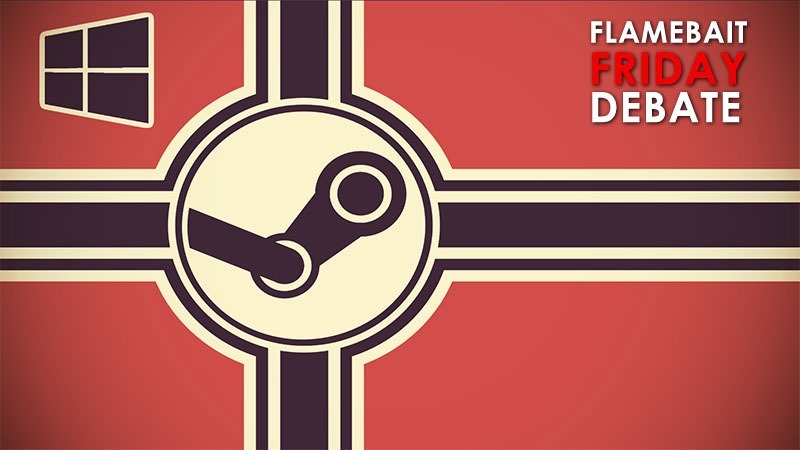 It all started with a bit of mocking derision. Ben “Yahtzee” Croshaw whimsically made fun of the elitist attitude PC gamers held, calling them the glorious PC Master Race. Seven years ago, that Nazi analogy, used ironically, picked up momentum – and somehow, PC gamers started calling themselves that. And it’s become ingrained in the “core” gaming culture.

“It worked as a hyperbolic joke when it was first said as a hyperbolic joke, and I did think it was a little funny to embrace the criticism ironically—for a moment,” PC Gamer’s Tyler Wilde said two weeks ago when he proposed that PC gamers give up the mantle, used unironically these days.

“[Those who use it] don’t get the context, and even if I explained it to them, a half-forgotten seven-year-old internet joke doesn’t expunge the historical meaning from the phrase, which refers to the Aryan race, which is a term still used by people with swastika tattoos. I think I’ll go ahead and distance myself from the Aryan Brotherhood, if you don’t mind.”

Continuing, he says that even though its use is memetic, it reeks of fascism.

“Master Race” has nothing to do with my values as a PC gamer. It’s not about shunning or excluding—it’s about openness and freedom. Run a game at 8K if you want, or mod Santa Claus into Skyrim and deliver everyone presents, or build a giant multi-monitor flight simulator. That’s PC gaming, not xenophobic slang.”

He proposes that PC gamers, if they wish to be hailed as a collective, choose not to use nomenclature that invokes imagery of white supremacy; not as some sort of politically correct, SJW agenda – but because comparing yourselves to Nazis just isn’t cool.

“I just hope that next time you leave a comment you’ll consider replacing “PC Master Race” with something more creative, and I’m so sure we can be more creative than to make a Hitler analogy on the internet, a sea of Hitler analogies. When we finally move on, we can still smirk at 790p Xbox One games—we just won’t have to remind everyone of white supremacists when we do.”

I’ve used the terminology myself, mostly as a bit of derision about elitist attitudes – but I understand Wilde’s plea here. There has to be something else, something better that PC gamers can use as a label, an identity.

What do you think? Are you a proud member of the Master Race? Do you find it insensitive to the injustices suffered under the hands of vile, evil men nearly 80 years ago? Do you have any better ideas for names pixel-pushing PC pundits should use instead?

Marco van Basten, a notable player for the Netherlands, has been completely removed from t…