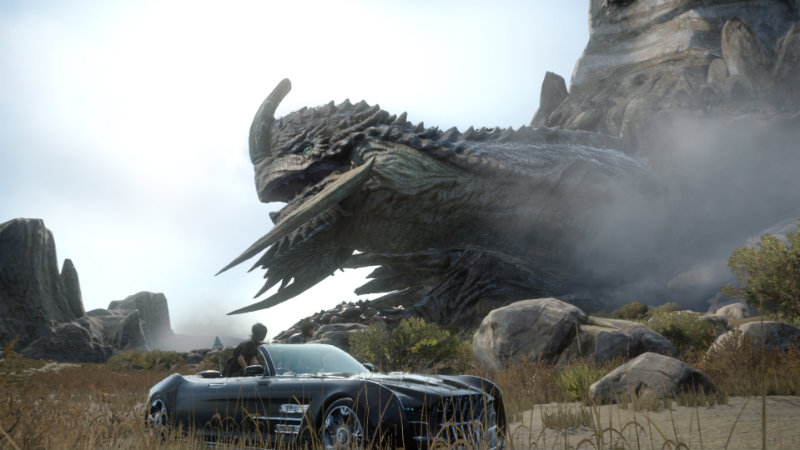 News about Final Fantasy XV seems to be coming fast and loose these days. Director Hajime Tabata is much more candid about what’s going on, making fans happy to know that progress is continuing as compared to the prolonged silence on the matter we had for years. Here is some more news about the upcoming demo, and the overall size of the game.

Speaking to Kotaku, Tabata explained that while originally they had said that the teaser would be about a fifth of the total game, that no longer applies.

I do want to give you a clean answer in terms of the percentage of how much the Duscae region holds within the entire world, but working on the Duscae region, it’s become bigger than we anticipated. So in terms of the percentage that we had envisioned before, we’re understanding that it’s shifting significantly. We can’t really—we don’t have a number at the moment, because it’s hard to gauge within the entire world.
Originally, we were aiming so that the entire [FFXV] story could potentially be cleared within 40 hours. But looking at the current volume of what’s becoming available, it’s looking harder and harder to clear within that time. So it’s something that we’re gauging right now and trying to work around.

I am really excited for Type-0 – not just for the game itself, but also for the FFXV demo. Of course, news surrounding the demo keeps changing. At first it was marketed as coming with the game, then as a pre-order bonus. Will Type-0 come packaged with a code? Well, maybe not.

In terms of when consumers will be able to play the demo, it hasn’t been officially announced but we’ve mentioned in Japan that we’re working very hard towards making it available around the timing of when Type-0 HD releases. So that’s our current goal. You’re probably gonna write that, aren’t you? (laughter) It’d be great if you can [talk about] Type-0 first, before you talk about that. (laughter)
Just to give you additional insight to that, the volume is exceeding a little bit more than what we had originally expected—it’s a little bit more than what we were originally planning. So in that sense we needed a little more time to implement that, and we’re working towards really trying to meet that goal right now.

Hm, so we might not even get the demo right away. Well, Type-0 should take a while to complete, right? Hopefully by the time I’m done with the game, the demo for FFXV will be available. At least the demo itself is growing – I like hearing that it’s going to be a sizable chunk of the game, not just an hour or two of out-of-context gameplay.

Are you still excited for Final Fantasy titles, or were you burnt too much in the past?