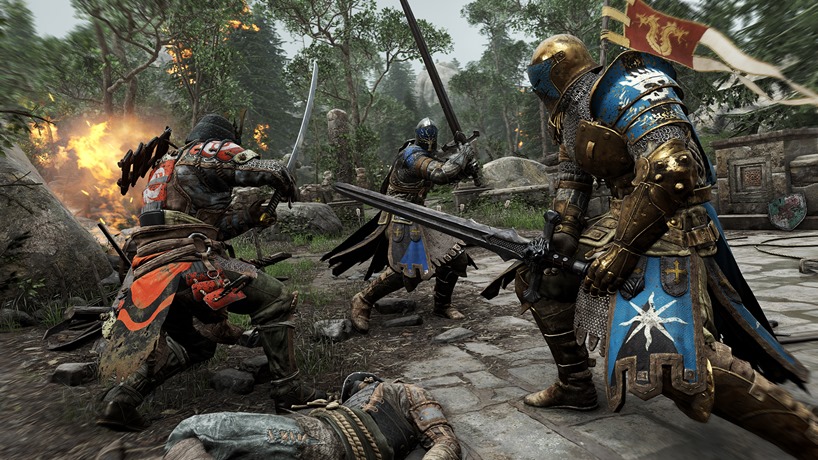 Charging forward with your clearly inferior battalion, the battle for control of the battlefield begins. Four large, imposing knights stand on either end – waiting to shift the balance of the skirmish in their favour. For Honor emphasises teamwork, co-ordination and swordplay in a way that no game has before. Nevermind a fully melee multiplayer one.

For Honor was a odd, unexpected surprise during Ubisoft’s E3 conference yesterday, and for many different reasons. The focus on three different types of close combat factions setup an alluring premise, but one that wasn’t immediately clear from the reveal trailer. Even the gameplay afterwards struggled to make it clear how For Honor and its unique combat system worked – something that I managed to get my head around with a little hands-on time with the game afterwards. 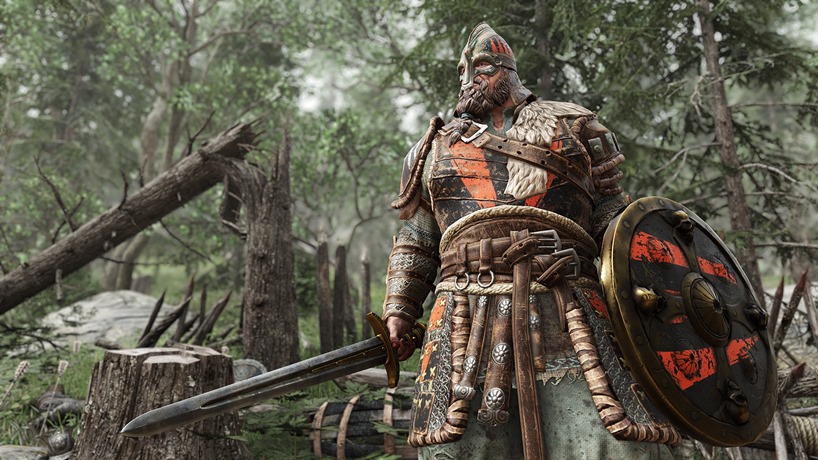 For Honor is first and foremost all about the clashing of swords, the exquisite ballet of movement and the precision of deft timing. Boiling it down to its core, For Honor could easily be compared to a game of Rock Paper Scissors in a sense. Locking on with L2 brings up “Focus” mode, which puts you in full control of your blade. Flick left, right or up and your stance changes – blocking identical attacks in the same direction.

It’s a swift change of footing too, meaning you could easily go from a left defence to right, and just as quickly swing down from over your head to your side. The stance is mirrored on enemies too – meaning you’ll know exactly where they’re trying to attack and when. The key comes in how fast you can react to their changing movement – and if they grace you with a window between light and heavy blows. 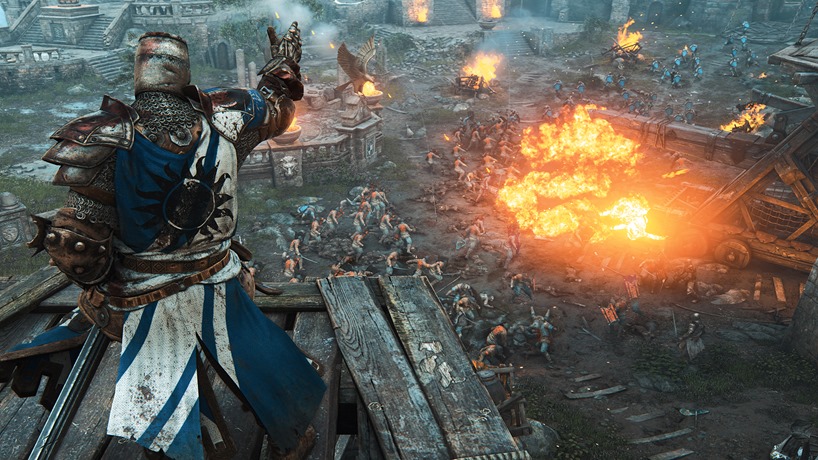 Your stance determines where you’re trying to hit, and one on one battles quickly become a game of who is better at masking their movements. It’s tricky to learn, mostly because it’s a mechanic that hasn’t really been ingrained into our primarily shooter-focused industry. Having to monitor where you’re about to attack while watching where to block incoming ones takes a keen amount of focus, which can be really difficult when there are scores of troops waging war around you.

It’s even more difficult when two player-controlled opponents are busy raining iron death on your from different directions. A series of rolls and dodges could get you out of a tight spot, but For Honor is very much a game where the team that stick together, wins together. Playing a game of Domination, our four-man team was tasked with capturing and holding one of three points to “Break” the enemy team. A ticker keeps track of your progress, and once it hits 1000 the enemy team is in dire straits. Deaths are permanent unless they manage to recapture a single point – rallying them back and engaging the fight once more. 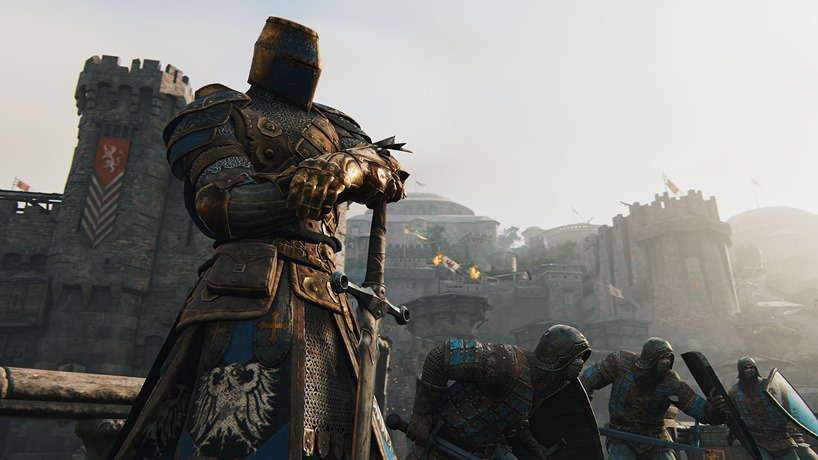 Both teams can, in fact, be breaking at the same time, which creates these ridiculously tense skirmishes where your fight or flight instinct is put to the test. Either take the risk and engage enemies head on or try and recapture a point the normal AI grunts are battling over. Again it comes down to communication, and it’s going to be an element of For Honor really depends on. Although with such tightly packed levels (at least in the demo I played), it doesn’t seem to be a big problem getting from A to B.

Speaking to Level Designer Director, Geoff Ellenor, I got a real sense that this is simply the tip of the iceberg. I quizzed him on elements like single-player, multiplayer modes, faction customisation and more, to which he simply smirked and flat-out refused to answer. For Honor has three distinct factions for a reason, and it goes far deeper than simple movement and attack differences. Each faction will feature some element of class diversity – which will probably come into play with the different modes Ubisoft has planned for their new IP. 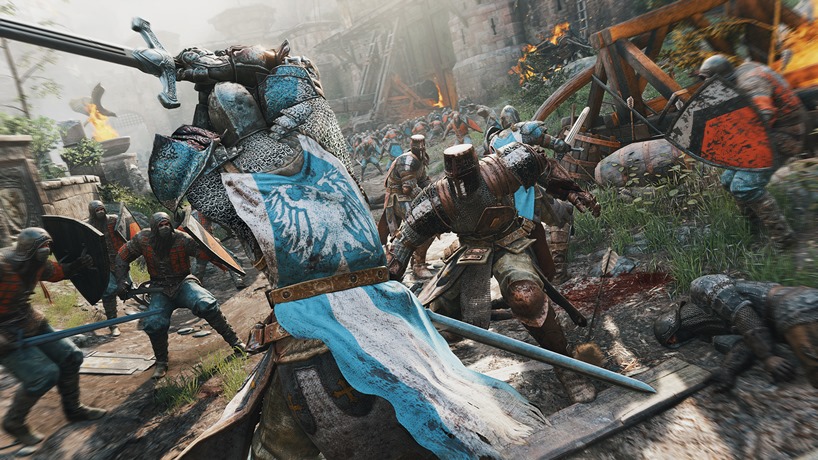 Ultimately though, For Honor delivered a unique, satisfying demo that left me reeling. It’s rare to play a game where mechanics are so different that learning is the biggest barrier – but only because you aren’t tuned to understand them just yet. For Honor establishes complex behaviour with a simple control scheme, and delivered a truly gratifying play session. So much so that all eight of us asked for seconds immediately.

And trust me, that’s quite rare.