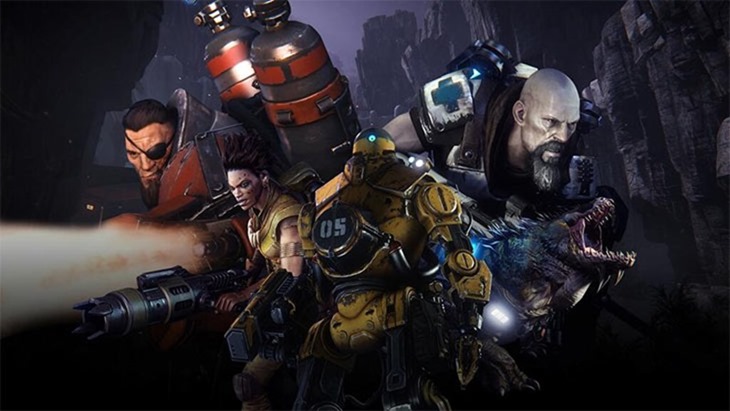 Evolve’s a great big deal of fun when played with the right people – but it’s hard to get a group of like-minded players together all the time. As a result, we’ve seen player numbers drop significantly on the PC version. Console gamers, likewise, have said that it seem that just a core group continues to play the game. What the game needs then, is some DLC to shake things up. Thankfully, all of its maps will be free. And it’s getting two new ones, soon.

GameInformer posted about the new maps, citing and linking the Evolve site as a source. Since then though, both have pulled their info, suggesting somebody letting a cat out of a bag a little early.

Here’s what Gameinformer said, as you can see from their webcache.

The two maps take place below the planet’s surface in a collection of mining caves. Both maps will be free and will be available first on Xbox One on March 31. On April 30, Broken Hill Mine and Broken Hill Foundry will be made available for the PC and PlayStation 4 versions of Evolve.

So brand new maps on Xbox One this month, and hitting the other platforms a month later. Will this bring you back – or are your monster-hunting days over?