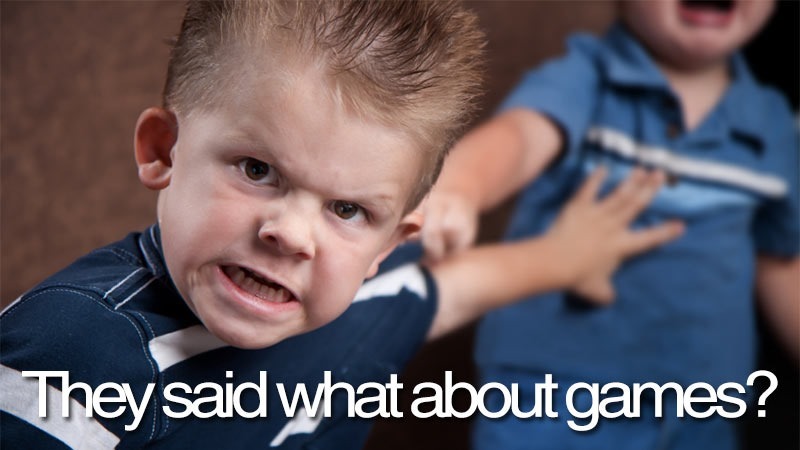 Perception is an important thing. It’s a human thing. Depending on how we perceive things, we may see the glass either as half-empty or as half-full. In the case of…ugh…Gamergate, it could be half-empty of people who genuinely want to see some sort of ethical reform in gaming journalism, while being half-full of dangerous, angry misogynists. Whether we like it or not, and whether or not we agree with the multi-headed hydra that makes up Gamergate’s scattered ideology, the loose hashtag “movement” such as it is, is changing the public perception of gamers in general. Negatively.

Rabble rouser, YouTube game critic and insistently “neutral” Gamergater John Bain – otherwise known as TotalBiscuit – wrote a lengthy tweet in which he asked where the science behind the supposed influence of the media was.

“See I’ve been asking for proof for a while. Does a game like Dead or Alive foster sexist attitudes within its players?” he asks. “Where is the proof of that and more to the point why are we listening to people that say that it does who don’t have a hint of a background that would make us believe them? Where are the scientists? Where are the psychologists who can tell us “yes, X media can cause Y behaviour.””

Somebody purporting to be an actual scientist in the right field has issued a response of sorts to Bain, which you can read over at Reddit. It’s in the addendum that things get really depressing though.

“Let me also say on other thing. There are a number of us in academia who love games, care about games, and believe games are important. We have been working for years to make games a legitimate tool for education and for study, and we were making progress. People were starting to take games seriously.

And then came GamerGate. I have seen the careful progress of a decade come crashing down, and now, when I go to talk about games to industry groups or fellow academics, GamerGate always comes up as an example of how terrible and immature people who play games are [Edit: I don’t think people who play games are immature, this is the perception we have all been fighting, which has been reinforced by the coverage of GG]. It will take years and years to repair the damage, and it is absolutely devastating to the serious study and application of the power of games to real problems. We are going to have trouble getting grants, getting foundations to fund games, and getting people to take us seriously. It is devastating and makes me very sad.”

And that is a sad thing. Perception is important and whether we like it or not, thanks to GameGate, the perception of gamers within not just academia – but society in general – has gone down the toilet. It’s something that genuinely upsets me; as somebody who’s been playing games his whole life, and has seen gaming slowly become a viable, socially-accepted thing, watching decades of progress slide in to the abyss because of some angry people on the internet is infuriating, and depressing.

It does, of course, get worse though – because of it, it seems that academia wants nothing to do with the preservation of games, and with servers going down, disc rot and source code disappearing, we could be on the cusp of losing games – works of art – forever.