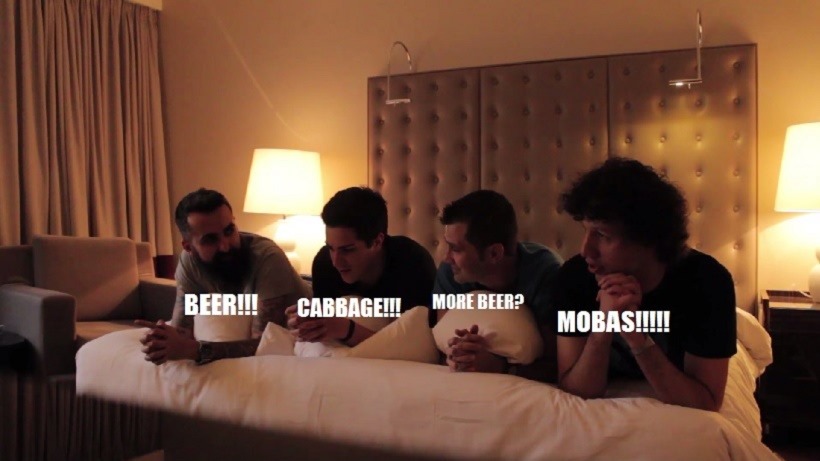 E3 may be filled with all the big reveals, but Gamescom in Cologne, Germany, has proper beer, which makes it infinitely better in my eyes. Who doesn’t enjoy running around a giant conference centre for hours on end with the promise of some delicious Kolsch (the local beer) to wash it all down at the end of each day? No sane person, duh! Alessandro and I are here to do lots of coverage and see ALL the things… problem is, the show hasn’t officially kicked off. What have we been up to in the meantime?

Yes, drinking beer – I thought we had established that already, but other than pretending to be refined Portuguese tourists looking for some fine cabbage soil, we got to see a certain game that rhymes with ‘Door of Shooty’. Other than that, nothing. It’s the calm before the storm, because before we know it, there won’t be time to breathe.

In the meantime, join us for our (completely almost non) raunchy SFW bed chat, where we are joined by “won’t peddle you nonsense” PR extraordinaire, Graeme Sylvan, and Cape Town comedian and Dota 2 addict (omg I made a new funny MOBA friend), Gareth Woods. We talk about what we expect to see at the Microsoft show later today, as well as what we would like to see from Gamescom as a whole. We also run off on completely unnecessary tangents pretty much all of the time.

Personally, I am most excited for Blizzard’s conference, which takes place on Wednesday. What will they be showing? Could we maybe see Warcraft 4? That would be AWESOME! Other than that, I would be happy with new info on Overwatch, or even a brand new Diablo III expansion. I’m not hard to please!

What about you? What do you want to see at this years Gamescom?

So you couldn't make it to ICON 2017 in Johannesburg last weekend? We've got you covered w…