Home Gaming Gauntlet is being redone with a free update 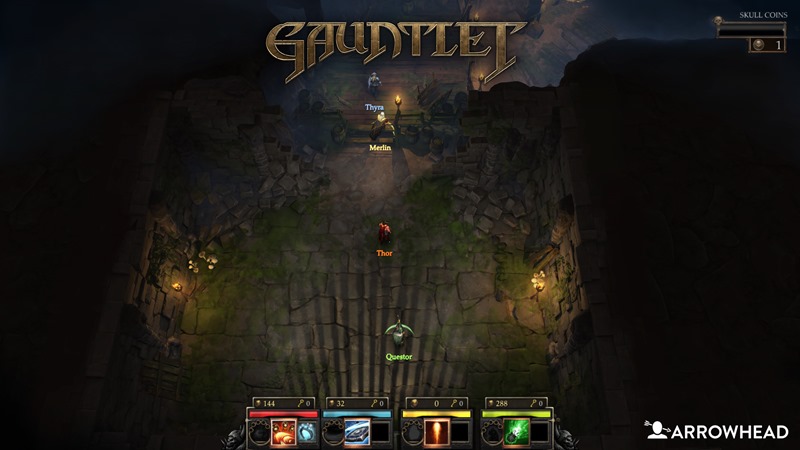 Remember when that old school game Gauntlet got a (30 year later) remake last year? I do! Except, as much as I wanted the game, I never got around to playing it. I blame Steam and the filthy backlog it has forced on me thanks to its silly sales! Anyhow, Gauntlet received mixed reviews when it released (68 on Metacritic at time of writing). It’s something the developers, Arrowhead Game Studios, are not quite happy with. They’re working hard on a free major content patch to turn things around, to turn Gauntlet into the game they had originally envisioned.

The Lead Designer of the studio, Emil Englund shared this news over on the game’s official blog (via Destructoid):

We have big improvements and a few new features coming up for Gauntlet! Something which we know a lot of you were crying out for. I can’t tell you too much right now, but if you keep watching this space we will be releasing little teasers and tidbits of information over the next few months.

In truth, we were never fully satisfied with how Gauntlet turned out. So, rather than just fixing little things here and there, we have been working on the core of the game to turn it into what we originally envisioned.

This will mean a free major content update for the game, including improvements to the Campaign and the Colosseum as well as a brand new game mode. I’m pretty sure I was allowed to tell you about the game mode…

It’s good to see that the studio haven’t released their title and forgotten about it. They seem committed to listening to their fans and making Gauntlet a better experience for all. Also, who can say no to free new content? I know I can’t!

Now if they could improve their game and then focus on making it for handhelds or consoles, that’d be all sorts of awesome. Gauntlet is the perfect couch co-op or on the go game waiting to happen. Till then, you can pick it up on Steam for $19.99