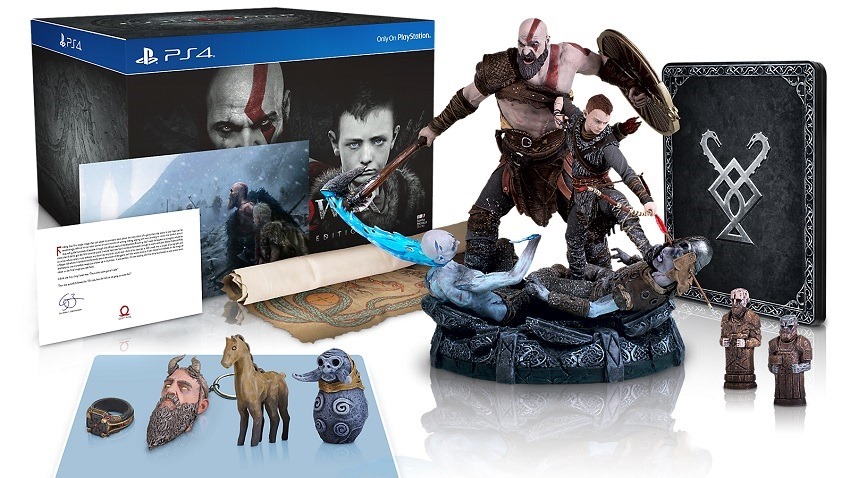 God of War is a spectacular game, and one that is filled to the brim with loot and treasure that scatters itself far off the beaten path. There’re very obvious secrets to hunt down when you’re done with the main story, especially if you have new realms to unlock and certain magically sealed rooms to open. But some secrets have been intentionally left for players to hunt down. And hunt they did, once it was discovered that the cloth map included in the game’s premium Collector’s Edition (or Stone Mason Edition) contained far more than just a pretty representation of the Lake of Nine.

Players became curious over some of the runes printed on the map, and began using translations of the Norse runes to uncover its secrets. The large runic paragraph on the top left translates to some fluffy backstory, but doesn’t reveal the treasure it’s actually pointing towards. The translation details the rivalry between blacksmiths Brok and Sindri, in a way the two brothers never really flesh out.

If you’re looking to uncover the rest yourself, it’s probably a good time to stop reading. More runes can be found on the map along the scales of the World Serpent, which provide another two paragraphs that detail a hidden treasure that the blacksmiths left uncovered. Along the sides of the map more runes can be found, which correspond to either an S or a B (three guess who those refer to) along with some cardinal directions.

So, if you take the first points you meet Brok and Sindri (lower left and upper right respectively) on the map, and use the cardinal directions to navigate a block at a time, you end up at the Muspelheim tower at the southern end of the Lake of Nine. Then you just have to input the instructions laid out in the two hidden paragraphs above (which you’ll know you’re getting right if you hear to individual gong sounds) and a rift should open up in front of you.

What’s inside? A handy new Pommel that boosts all of your stats, which might be very handy if you aren’t already struggling with some of the gruelling end game content. It’s the secret that more rewarding though, with Director Cory Barlog congratulating players for finding it so fast. There are seemingly even more hidden events that players haven’t yet stumbled on, so the hunt is on to see what else God of War has in store.