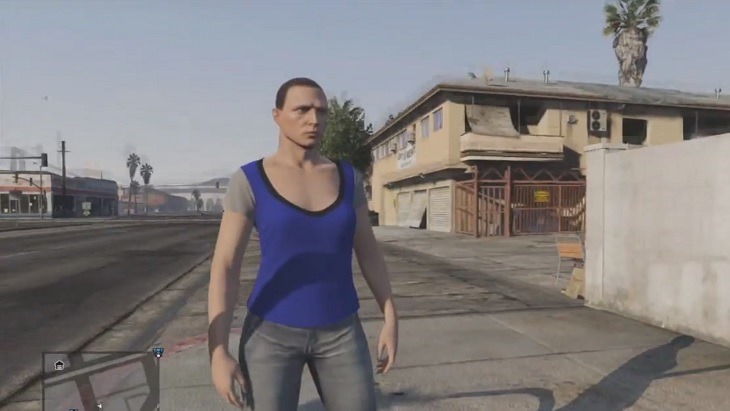 This new glitch posted on YouTube and GTA Forums allows for Male characters with Female bodies.

The glitch posted on YouTube by Glitching Queen utilises the micro transactions menu to glitch out GTA Online, and reset your characters gender by replacing their head with the opposite sex. It is assumed this works because the default gender in character creation is male.

It seems that the character must be female, which then has their head replaced by a male head model. An interesting glitch to say the least, but it brings up the question of Rockstar’s decision to not include a detailed character creator in GTA: Online, opting for a weird and limited heritage and lifestyle system to arbitrarily define your character’s looks.

I would have preferred a system similar to Saints Row 4, where you could make your character look however you wanted it to. The characters in GTA: Online all look the same, and the new clothes and items do little to hide that. Sure, John Marston is my dad, but I wanna BE John Marston, not his mute generic son or daughter. Also, there’s no real body type options. I’ve heard that certain heritage settings influence character height, but character weight is completely static. You never really feel like you’ve made your character how you want it to look.

So what do you guys think? Should people be able to have androgynous or gender bending characters without the need to glitch in GTA: Online? Or do you like the character creation the way it is?