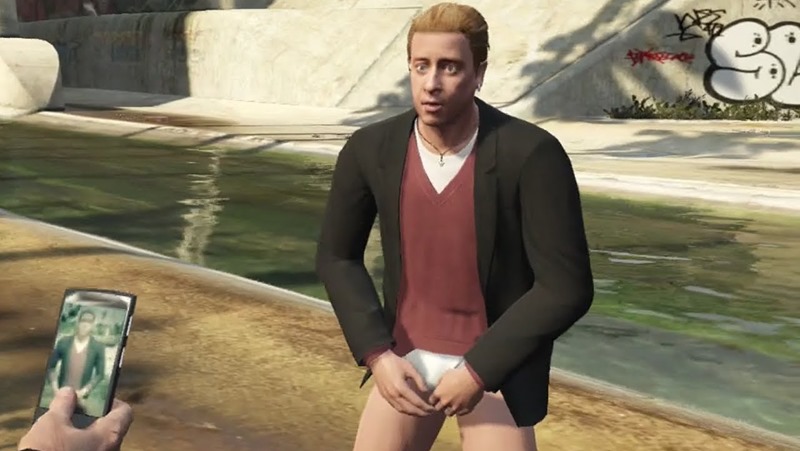 You’re cruising around San Andreas, running over pedestrians and ignoring the red lights at the robots, and you’re thinking to yourself ‘something is missing’. And then you realise, while wiping blood off of your hood ornament by ramming it through a car wash, that you haven’t got the radio on. And for some strange reason, listening to Baker Street while running down some nuns just feels right. Expect more of those good vibes, my troubled friends, when GTA V updates your favourite stations.

If you’re familiar with your San Andreas DJs, then you’d recognise the lovely vocals of model and actress Cara Delevingne, who hosted the Non Stop Pop FM station in the Xbox 360 and PlayStation 3 versions of GTA V. Delevigne posted an Instagram pic of herself at Rockstar HQ, where it was confirmed that she was updating her contributions to the game. Here’s the pic:

Now it’s not exactly certain if every single station will be getting an audio makeover. There could be new music added, new commentary recorded or entirely new playlists added to the game, because I’m guessing that the royalty rights only extended to two console platforms. I’m personally hoping that more music is being added, as GTA V did have a habit of looping the exact same song all the time. More music would sort that problem out at least.

But the new-gen GTA V is sounding good. According to Rockstar via CVG, this version will feature “across-the-board graphical and technical improvements to deliver a stunning new level of detail”.

GTA Online also gets a boost, with “all new content and gameplay created since the launch” of the game, including “an extensive array of new Jobs, an arsenal of new weapons, scores of new vehicles, new properties and player customizations”. And of course, the PC version will also get plenty of video editor tools, “designed for advanced movie-making”, much like GTA IV did.