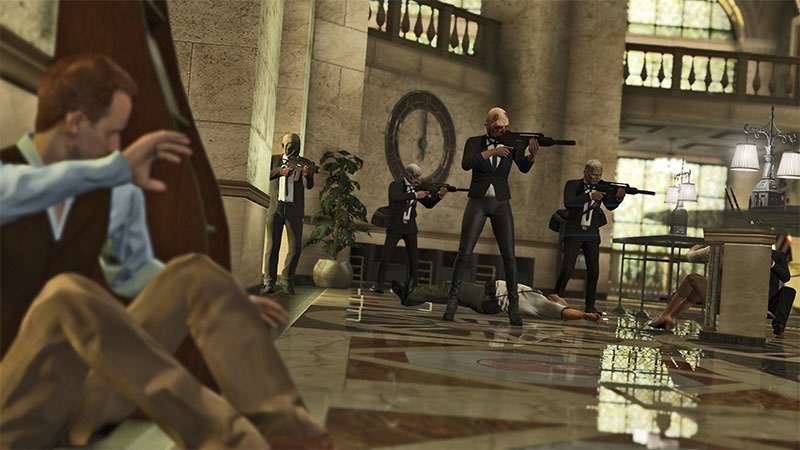 [Update] It’s now rolling out on PlayStation 4 too.

GTA V is getting the much anticipated online heists feature tomorrow. The date was meant to coincide with the release of the PC version of the rejiggered game, but that version’s been delayed. Still heists will be available on all four of the consoles that have the game already. And for a lucky few, the update is already rolling out, giving them early access to the game’s most awaited online feature.

According to those who’ve started getting the update on Xbox consoles, it clocks in at around 4.8GB on the new consoles, and 1.2GB on the older ones. Rockstar’s also revealed the new achievements that’ll be added to the game. No word on the trophies just yet, but they’ll more than likely be the same.

If the update enabling online heists isn’t live for you yet, it should be by tomorrow. And frankly, it’s about time. Online heists is one of the features from the initial multiplayer reveal trailer in August 2013 that got many people sold on the idea of GTA Online, and the amount of time its taken for the feature to go live is bordering on the ridiculous.