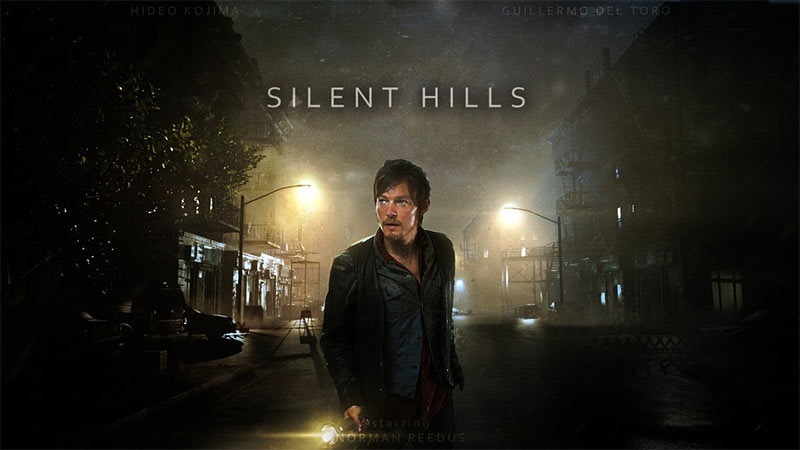 Last month, Konami officially cancelled the most anticipated survival horror game of this current generation. Silent Hills, originally shown off via a creepy-as-all-hell playable teaser, was meant to be made as a collaboration between Guillermo Del Toro and Hideo Kojima. Konami’s done its best since to remove P.T from consoles, and people’s memories – to little avail. People are pretty damned bummed that the game’s been cancelled. None more so than Del Toro himself.

Speaking to IGN, Del Toro explained how sad he was about the game’s cancellation, explaining the friendship he struck up with Kojima and how, together, the two had planned an incredible, incredibly scary experience.

Everything about the game sounds likeit would have pushed the boundaries of survival horror games – in terms of both technology and experience.

“What we wanted to do with the game – and we were very much in agreement on this – was to take the technology and make it as cutting-edge as we could in creating terror in the house. The idea was very, very atmosphere-drenched.

“But what made Silent Hill so great was that you had the atmosphere but then you a pay-off with a very active, very intense series of moments. We wanted to do some stuff that I’m pretty sure – just in case it ever comes back, which honestly I would love for somebody to change their mind and we can do it – but in case it comes back there was some stuff that was very new, and I wouldn’t want to spoil it.”

That playable teaser is now essentially a rare digital title, but its popularity shows just how much people wanted the experience.

“P.T. was downloaded enormously, which shows that people have a passion [for the series].” And it’s one in which Del Toro shares. “[Silent Hill] hit me at the right time when I played the first one and the second. It’s a truly great mythology and too great a storytelling arena to let die. It’s too good.”

“Norman [Reedus, the Walking Dead actor who was attached to play the lead role] was super happy, Hideo was super happy, and so was I. I know there’s a petition going on the internet and it’s gathering signatures. I would add my signature to it, and hope that someone pays attention.”

With games bearing his name collapsing, will Del Toro ever try make a game again?

“Well, you know, I’ve tried twice and I don’t know if I’ll ever come back to the form. In one instance, the company went down, and in the second, the completely unexpected happened, which was Kojima and Konami separating. It’s kind of left me reeling.”