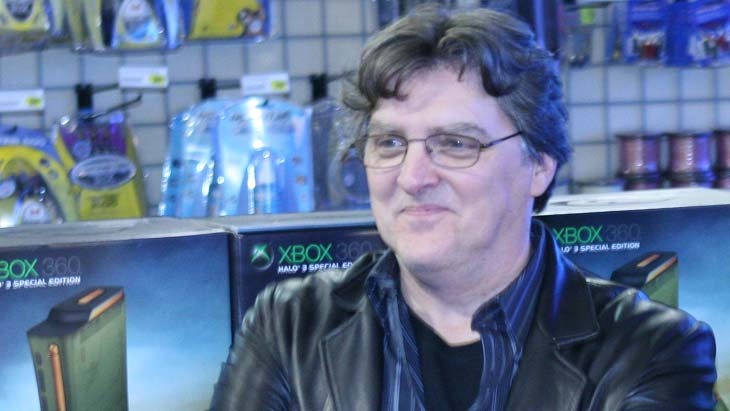 Halo theme composer and Maestro Chief Marty O’Donnell is no longer a Bungie employee, as the audio wizard has just been terminated by the company.

Here’s what O’Donnell had to say on Twitter about his termination:

I’m saddened to say that Bungie’s board of directors terminated me without cause on April 11, 2014.

One of the last remaining employees from the days before Bungie was absorbed into Microsoft, and sticking around when the studio became independent again, O’Donnell was responsible for creating the signature sound of the Halo franchise, from it’s heavy beats through to its iconic choruses.

Bungie issued the following statement (Via VG247), about the departure, utilising a WWE catchphrase to do so:

For more than a decade, Marty O’Donnell filled our worlds with unforgettable sounds and soundtracks, and left an indelible mark on our fans. Today, as friends, we say goodbye. We know that wherever his journey takes him, he will always have a bright and hopeful future.

We wish him luck in all his future endeavors.

Yep, O’Donnell just got future endeavoured. The composer had worked on Destiny prior to this, the next sort of RPG MMO shooter that Bungie has sunk plenty of effort into. At last year’s reveal, O’Donnell still spoke to us about the sound of the game, and the man was an encyclopedia of ideas and audio knowledge that could give Hollywood heavyweight maestro Hans Zimmer a run for his money.