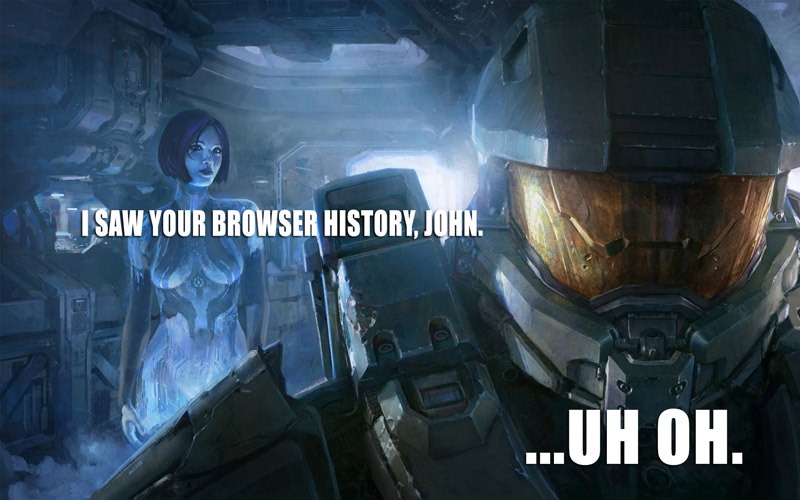 There’s a simple rule when it comes to choosing your default web browser: The only thing that Internet Explorer is good for, is downloading Google Chrome or Mozilla Firefox. Right now, Internet Explorer still feels like a desperate date, begging users to stay and use the browser should they accidentally open it. But with a new Windows operating system on the way comes word that a new browser will also be bundled inside of it. A browser that could appeal to Halo fans.

Apparently codenamed Spartan according to Business Insider and The Verge, the new browser will kill Internet Explorer off with a system that features the Halo companion Cortana as a search function. In other words, Microsoft just found their Siri for operating systems on PC. If the reports line up, then Cortana could also completely replace Bing on Windows Phone, instead of being a voice-only search feature.

What this means, is that Cortana will then be able to search directly from your tab interface, as well as accurately access and track information such as flight status, hotel booking, parcel tracking and the like. The Spartan OS will be available on PC, tablets and phones via the Windows Store app. And yes, having a Halo browser could actually win me over. Well played Microsoft.

With a conference expected to address Microsoft’s plans for their gaming and PC ecosystems on January 21, expect to hear a lot more Cortana in the future.