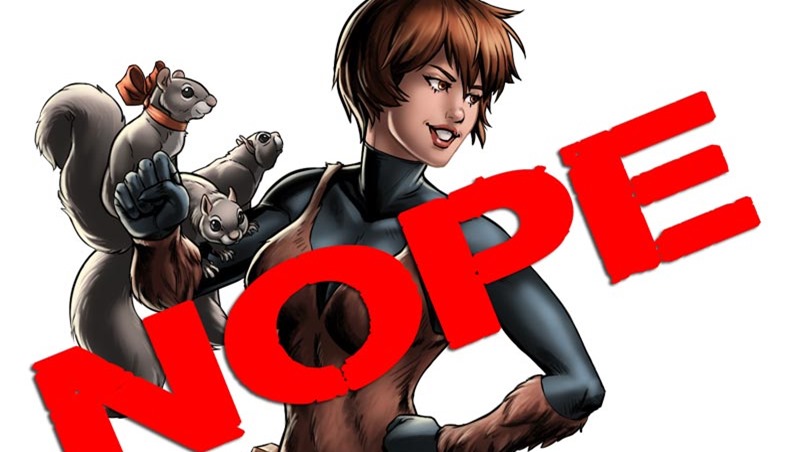 It’s no secret that I’ve been keen to jump back into Disney Infinity. I’m a sucker for comic books, and I’m all too happy to pimp wallet out for a Marvel sequel to that world-building game. And I like the fact that Earth’s mightiest heroes are landing in that game, along with various other wallcrawlers and galactic misfits. But there are a ton more Marvel universe characters out there. Characters such as Deadpool, Wolverine and She-Hulk for instance. Why don’t they make the cut? Here’s why.

“To be honest with you it comes down to two things,” executive producer John Vignocchi explained to Kotaku at a press event that I wasn’t invited to, because I spend too much time dressed up as the competition. Probably.

It came down to working with the senior executive team at Marvel to identify their priorities and to make sure we are courting their most relevant priorities. It all comes down to what they’re doing inside of publishing, or inside of theatrical, or inside the animated series. Then the other side of it for us was making sure that the characters we choose provide fun and varied gameplay for our users.

Whether that’s a character like Thor, who’s a flyer and uses the Mjolnir as a mid-range attack weapon, or a character like Rocket Raccoon who has a small size and range combat with his duel wielding blasters, it’s important to make sure we get the details just right. That was what we decided to do. In the end it came down to their strategic priorities and what hopefully will be best for gamers.

Or in other words, marketing characters that already have appeal. If you look on the Disney channels right now, you’ve got plenty of Marvel cartoons to choose from, with the voice actors from those shows being shared with their Disney infinity counterparts. Shows like Ultimate Spider-Man and Avengers Assemble have capitilised on the success of those characters in both comics and film, so it makes sense to attempt to shift as many units as possible by going with Iron Man instead of Squirrel Girl.

The only wildcard going into the design and final choice however, were The Guardians Of The Galaxy. But seeing as how that movie has made over $600 million so far, I think everybody is going to wanting some Rocket Raccoon and Groot figures for Christmas. And this version of Disney Infinity is already playing it safe, by having lesser-known characters appear in power-disc format.

In other words, if they aren’t on the big/small screen, don’t expect to see other heroes hit Disney Infinity. Which makes me hopeful that I’ll eventually get a figure of my favourite comic book villain, Doctor Doom. Hell, I’d sell Geoff into slavery for that. DOOM COMMANDS IT!