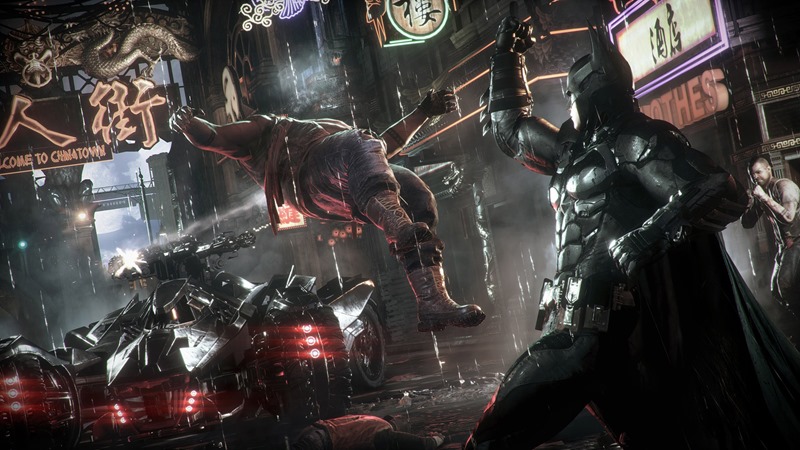 Last year, I realised that Batman may not be a family-friendly character. This revelation came to me during rAge, as a parent asked me to pose with her kid while I was dressed up as the infamous caped crusader. For some reason, the toddler began bawling at the idea of standing next to a sweaty man in head-to-toe rubber who was screaming due to the make-up around his eyes having liquefied and turned his peepers into a red mess of blazing ocular pain. While my Batman is certainly not suitable for anyone under the age of six, it looks like Arkham Knight’s Batman will be even more brutal.

Thanks to the ESRB (via GamerCenterOnline), we now know why the game is being marketed for adults and parents who want their children to grow up warped. Ye gads people, won’t anyone think of the children? Proceed at caution with the excerpt below, as it is a tad bit spoilery. Hence the buffer image to protect your eyes: 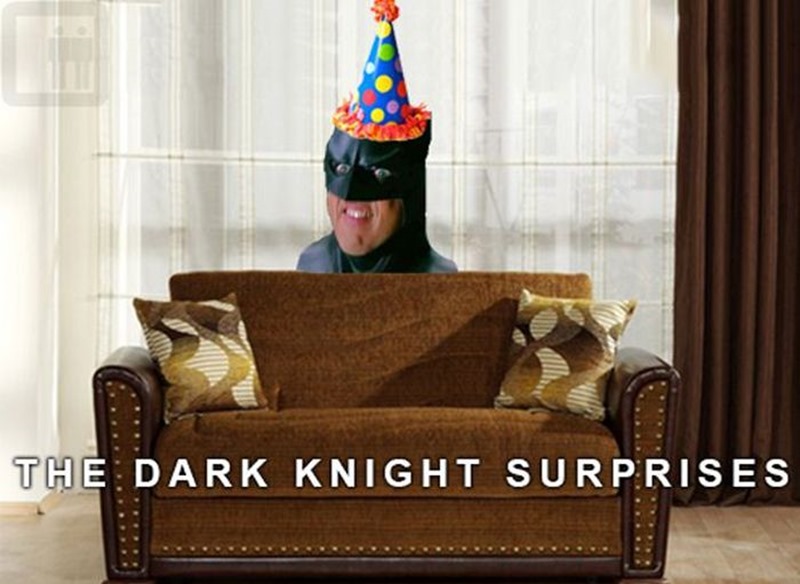 Enemies cry out in pain when struck, and some takedowns are highlighted by brief slow-motion effects and loud impact sounds. Some sequences allow players to use tank-like vehicles with machine gun turrets and rockets to shoot enemies; a vehicle’s wheels are also used to torture an enemy in one sequence. Cutscenes depict characters getting shot (on and off camera) while restrained or unarmed. Large bloodstains/pools of blood appear in crime scenes and in the aftermath of violent acts; one room depicts a person torturing a character on a bloody operating table. During the course of the game, players can shoot unarmed characters and a hostage. Neon signs in a red-light district read “live nude girls” and “XXX.” The words “b*tch,” “gobsh*te,” and “a*s” appear in the dialogue.

It’s nothing too different from the previous Batman games, as a fight between thugs regularly ended with Batman nailing one of them in the crotch, a moment that was captured in slow-motion glory. The Arkhaverse Batman however, has been particularly brutal in his war on crime, as he may not be willing to kill a  criminal, but he sure as hell doesn’t have any problems with crippling them for life.

Adding torture to his arsenal however, may be something new for the dark knight, and perhaps an indicator of just how far he’s willing to to go in order to save Gotham from the Scarecrow and the Arkham Knight. The Punisher Batman: Arkham Knight is out June 2, as I enjoy reminding people of this release date.