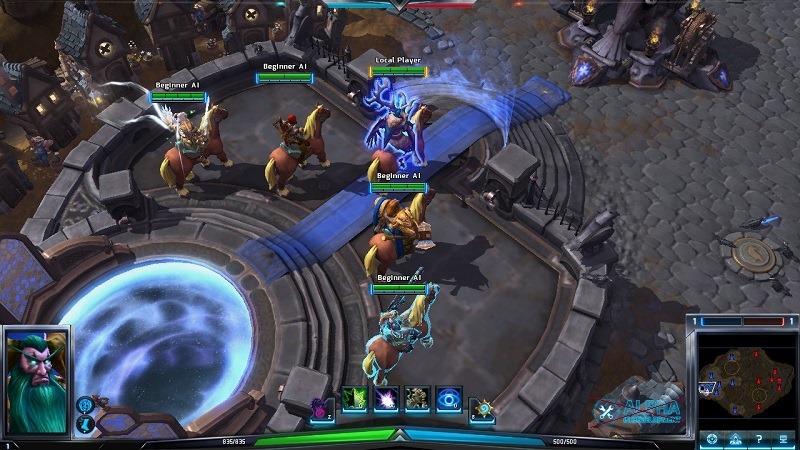 Heroes of the Storm for me is the next MOBA to really keep an eye on. In true Blizzard fashion, it’s easy to understand, but there are deeper underlying mechanics which will take time to master. Newcomers won’t have to fear the steep learning curve of the genre anymore – I’m convinced it is simple enough for anybody to get into. When will the game be officially releasing though? It’s well on its way, as the Technical Alpha is to end soon.

The announcement was made over at Battle.net…

We’re gearing up to enter the final phase of Technical Alpha, and there are several items you’ll want to keep in mind as it approaches. This is an exciting milestone for Heroes of the Storm.

We’re shutting down the Heroes of the Storm Shop on September 22. At that time, you will be unable to make any purchases using Gold or real money. However, we don’t want that to put a damper on your latest matchmaking win-streak. We’re thrilled to let you know that while the Shop is offline, all 29 Heroes in the Technical Alpha lineup will be available for play in the free Hero rotation!

So if you are one of the lucky few who made it into the Technical Alpha, you have until next week Monday to get some game time in. Blizzard have been nice enough to unlock the entire hero pool, so feel free to play as whoever you want. The 29th of September will see the game taken down for an entire week so that Blizzard can perform whatever maintenance that needs to be done.

Sadly, as is the case for most of the different phases of game testing and development, all accounts will be wiped and have to start from scratch. I am around level 22 at the moment and own a couple of champions myself. I’m going to have to kiss all that hard work goodbye!

The good news is that this means the game should be entering into Closed Beta which will hopefully see more people grabbing invites. Don’t worry, if you were part of the Alpha, you should automatically be included into the Beta too.

If you have no idea what Heroes of the Storm is all about, you can read my preview, listen to me chat about it with one of the developers, or even watch one of the hero previews I have done. Are you excited for it? You should be!

You may be able to play Diablo 2: Resurrected’s technical alpha this weekend