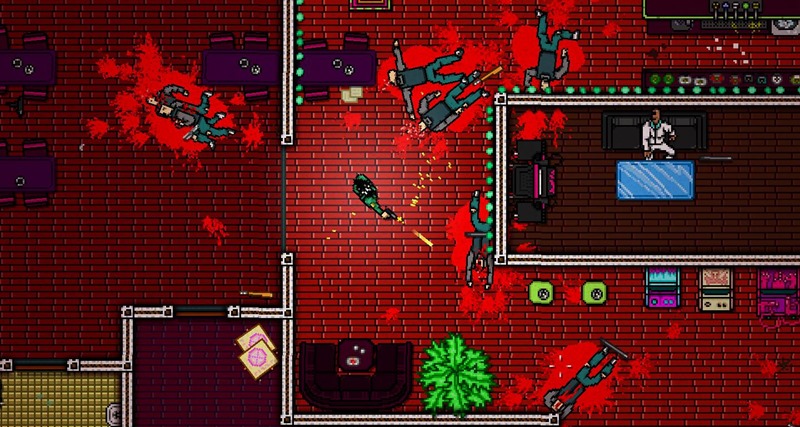 The first Hotline Miami was easily one of the most violent video games I’ve ever played. Despite the fact that it’s in 2D, Hotline Miami does a great job of depicting extremely gory acts, sometimes painting the entire environment red after a few bloody kills. The sequel seems to be reaching the same bar, and then pushing it much further, which is why Hotline Miami 2 has been banned in Australia.

Unlike previous years where nearly anything got banned down under, Australia has since introduced a R18 rating for truly explicit content. Any form of media that exceeds this rating is immediately banned, prohibiting the sale, advertising and demonstration of the product within the country. Hotline Miami 2 has been refused this classification, and the description of the scene which caused this doesn’t leave much room for argument.

The scene in question (which was alluded to in an early trailer) was described in a report sent to Kotaku Australia. It should be noted that the paragraph below contains descriptions of extremely violence, so read at your own discretion.

In the sequence of game play footage titled Midnight Animal, the protagonist character bursts into what appears to be a movie set and explicitly kills 4 people, who collapse to the floor in a pool of copious blood, often accompanied by blood splatter. After stomping on the head of a fifth male character, he strikes a female character wearing red underwear. She is knocked to the floor and is viewed lying face down in a pool of copious blood. The male character is viewed with his pants halfway down, partially exposing his buttocks. He is viewed pinning the female down by the arms and lying on top of her thrusting, implicitly raping her (either rear entry or anally) while her legs are viewed kicking as she struggles beneath him. This visual depiction of implied sexual violence is emphasised by it being mid-screen, with a red backdrop pulsating and the remainder of the screen being surrounded by black.

So not only is it a gruesome rape scene, it’s one that’s openly shown and unavoidable for players. Just reading the above description made me a little ill, so I can’t really fault the Australian Classification Board for not being able to find a suitable rating for content such as this. It also makes me wonder if Hotline Miami 2 will face similar issues in our countries, including our own.

Much like Hatred, this once again brings up the topic about how far is too far in a video game. It’s an art form for freedom of expression, sure, but should there be boundaries that are never crossed? Is some extreme subject matter better left out of player’s hands, and if so who gets to decide that? Would you play a game where you are forced to violently rape other characters?

I don’t think I would.

Streaming giant Twitch has been a whole new platform as of late. Love or loathe the fella,…