Home Gaming How far would you go to get Etheric Light in Destiny? 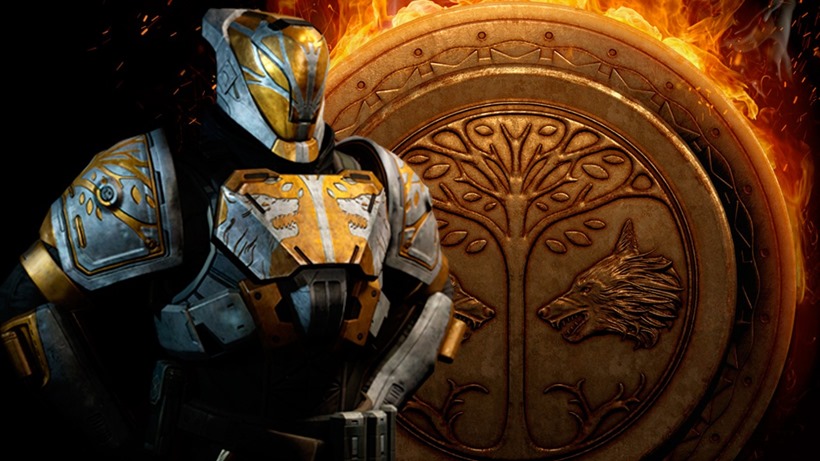 Every once in a while, I get that one game that I am utterly addicted to, in much the same way that a director on an Afrikaans musical movie cannot resist scraping the bottom of a barrel for inspiration.

Tony Hawk Pro Skater 3, Final Fantasy 8 and Borderlands 2 are but a handful of games that I’ve plugged untold, irredeemable life-hours into, and right now Destiny is filling a particular void in my soul.

It’s gotten to the point where I’m determined to hit the level cap of 34 in that game, because reasons. To do that in Destiny however, requires the kind of effort that borders on insanity or Come Dine With Me fanboyism. 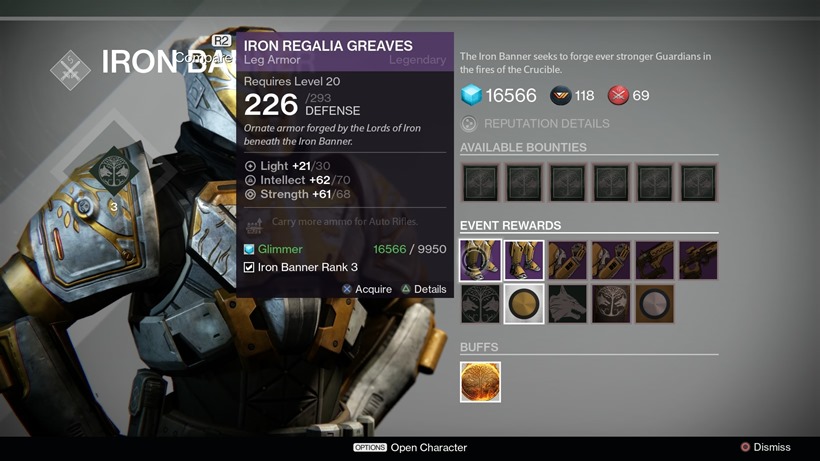 Remember, to hit even level 32 in the game, your Guardian needs to be wearing gear that is at least Legendary. Such equipment is very, very rarely given out in the wilds and purchasing it requires spending a lot of time in The Crucible or acquiring Vanguard marks in various events.

From there, you’ll be able to reach a rather decent light level. But to hit level 34, you need this bastard: 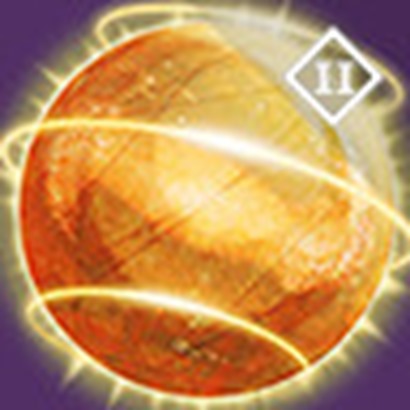 That’s Etheric Light, a substance that is rarer than a buggy loot cave filled with Gjallarhorns and Thorns in Destiny. That magical stuff is needed to ascend your armour to its maximum value in year one of the game. Values which will propel you to level 34, once you have three of them slotted into various pieces, and you’re rocking an exotic piece of kit.

It can also be used to ascend legendary weapons to their full potential, but enough about that. There’s only a handful of ways to get the stuff – that involve a hellish trip into The Prison of Elders or being bastard-lucky in the Trials of Osiris. And then there’s the Iron Banner. 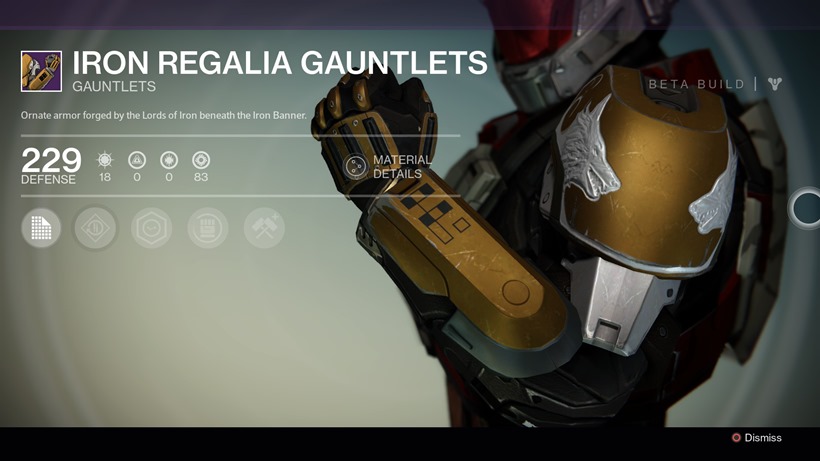 A regular event in Destiny, The Iron Banner gives Guardians their best chance possible at getting their hands on the little globe of energised piss. You’re able to buy two of them from Saladin in the tower, once at Rank 3 and again at Rank 5.

That’s a feat which requires many, many hours of Crucible play and constant wins while fulfilling specific bounties. 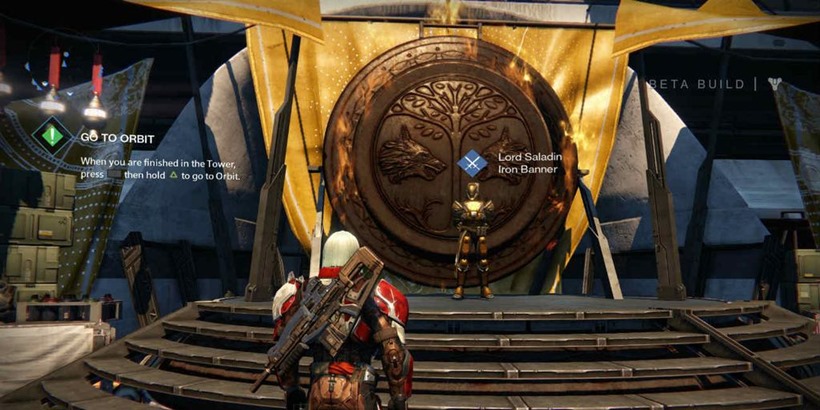 You can slightly speed the process up by purchasing a buff from Saladin, wearing Iron Banner gear and equipping specific shaders and emblems. And then the real work begins. Since the Iron Banner began last week, I had been plugging away at hitting Rank 5 and getting my hands on some of that sweet loot.

And once Bungie had ban-hammered griefers and lag-switching scum, I was actually kicking ass. And then disaster struck. For our international readers, you might have heard us mention a term called “load-shedding”.

It’s essentially a two-hour rolling blackout that occurs daily for us. Usually at the worst time possible, like when you really need some light so that you can get some toilet paper when you’re sitting on the iron throne.

And this happened almost every time I actually had an hour or two to hit the Iron Banner. So what was a Guardian supposed to do?

I busted out my legendary guardian generator, that’s what I did. Say hello to E-Honda: 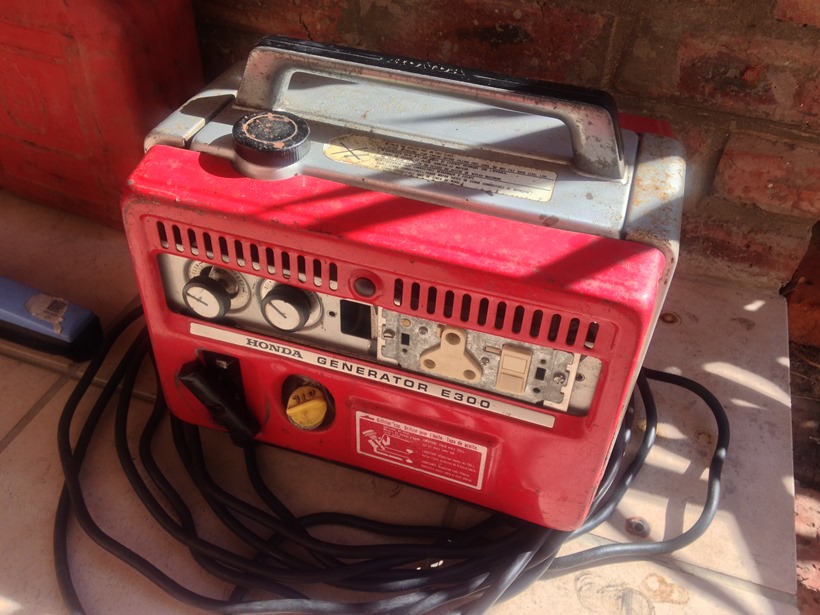 I can’t remember where I found this little engine. All I can remember is that after I cleaned it out inside, polished and electrocuted myself several times on the bare metal plates, I had something that could keep my dreams alive. Of course, just getting the generator to work, was a feat that was harder to achieve than defeating Crota on hard, as you’ll see in this dramatic re-enactment:

But with E-Honda running on a litre of 95 unleaded from the local BP, I had an easy two hours of juice that could power my quest to get my hands on Etheric Light. Just enough power to run a router, PS4 and a TV. And even though I was mostly high from the fumes of the generator and possibly deaf in one ear thanks to the bone-rattling racket that it makes, I succeeded. 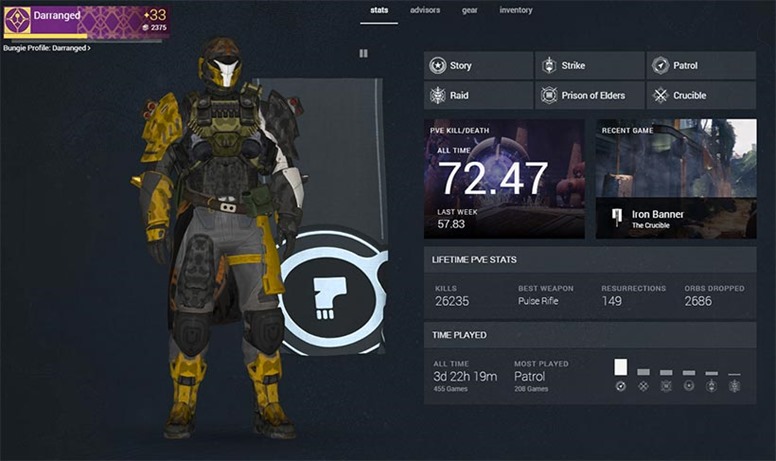 I’m now level 33.5 in the game. Which means that by the time the next Iron Banner arrives, I can take my time and get that last piece of Etheric Light, and finally ascend to godhood. Totally worth having oil slicks all over my floor for.