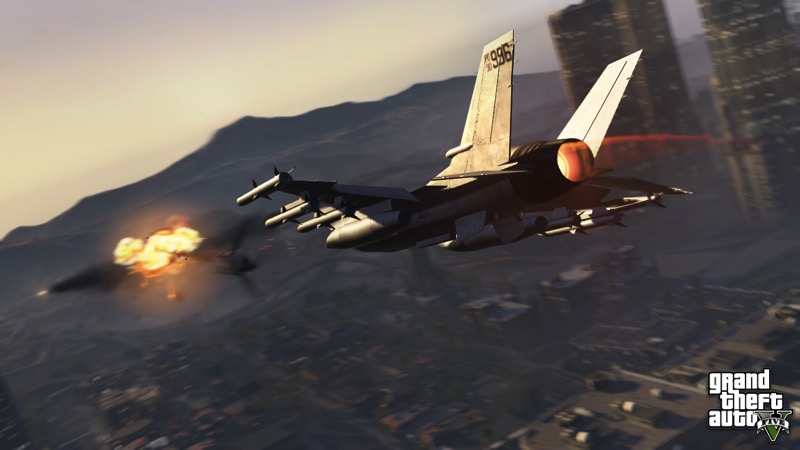 GTA V Heists have finally launched, bring the most arguably the most anticipated feature of the entire game to every platform currently on shelves. You can now hop online and plan dangerous, stealthy and explosive heists in equal measure, with a brand new range of vehicles and weaponry at your disposal. The money you manage to make off with will come in handy too – especially if you’re in the market for these two exotic new vehicles on offer.

They Valkyrie and Hydra are two brand new, heavily-militarized vehicles part of the Heists update, and they’ve quickly become the most sought after vehicles online. There’s not too much to do in order to unlock them, but you’re going to need to crack more than a few safes open to afford them. That aside, here’s how you can unlock both aeronautical terrors for sale.

The Hydra, a new VTOL for you to screw around with, can be unlocked by completing the EMP Job during the Humane Labs Raid Heist. The EMP Job is the third part of the entire job, meaning you’ll need to compete the previous two or get extremely lucky with a random host connection. Once you completed the job, the Hydra should appear in the in-game Warstock website, which can be accessed via your phone, for no less than a cool $3 million.

The Valkyrie though sounds like the type of helicopter I’d like to own. It’s got a front-mounted cannon and not one, but two passenger doors fitted with massive minions. This is a box of fun with a propeller on top, and it’ll require you to play through the Valkyrie job during the same heist as the Hydra. Coincidentally, the Valkyrie job comes directly after the EMP one above, so if you have the time you could easily unlock both in one sitting.

Once completed, the Valkyrie will be available via the same in-game store, for just a fraction less. It’s going to set you back $2.8 million, so you better start saving those pennies or hitting banks like it’s going out of style. Ain’t no legal eagle job getting you the pay you need for either of these beauties.

Heists for Grand Theft Auto V are available to download right now, and come in at just over 4GB for download. Go on, get robbing.