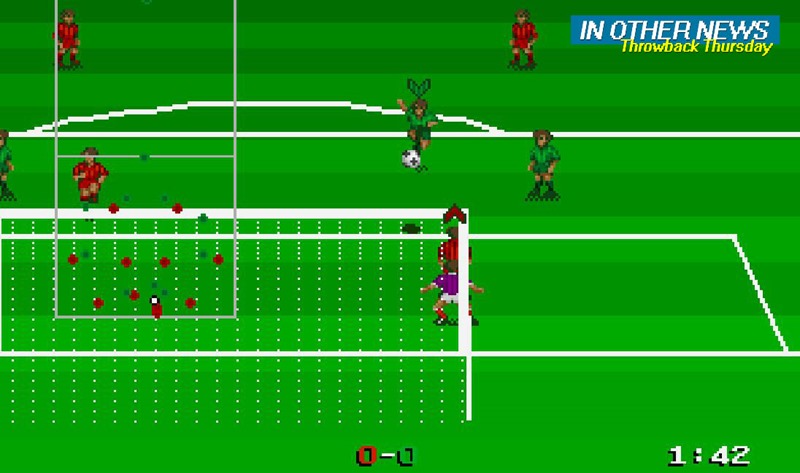 I’m back baby, back from the land of the US of A! I ate far too many pizza slices, walked my poor feet into submission, and drove a car on the wrong side of the road – man that was confusing as hell. I enjoyed my time abroad but man am I glad to be back… there is so much Dota to be played!

Also, it happens to be Thursday which means I get to ramble on about some ancient title. Today’s game isn’t some old-school shooter, or even a platformer. It’s Striker – the very first football simulator I gave many hours to.

There was something addictive about it. It had a ton of teams (no South Africa unfortunately, meaning I always played with my backup – Portugal) and a variety of game modes to try out.

As a kid, I was only allowed to play games during holidays or over the weekend. I remember counting down the days to Friday so I could get lost in some SPERTS! I’ve definitely changed, I don’t even play Fifa anymore. Striker is different though – it’s actually fun! #Shotsfired

Don’t believe me? See for yourself:

Ok what the hell are the buttons? I just lost my first 2 minute game 8-0!

In Other News: Trolls are assholes, Wildstar might go free, Pac-Man is nearly as old as Gav, and there are no zombies in outer space.

Here’s the news we didn’t post because we were too busy keeping the new kitten away from all the PC cables.