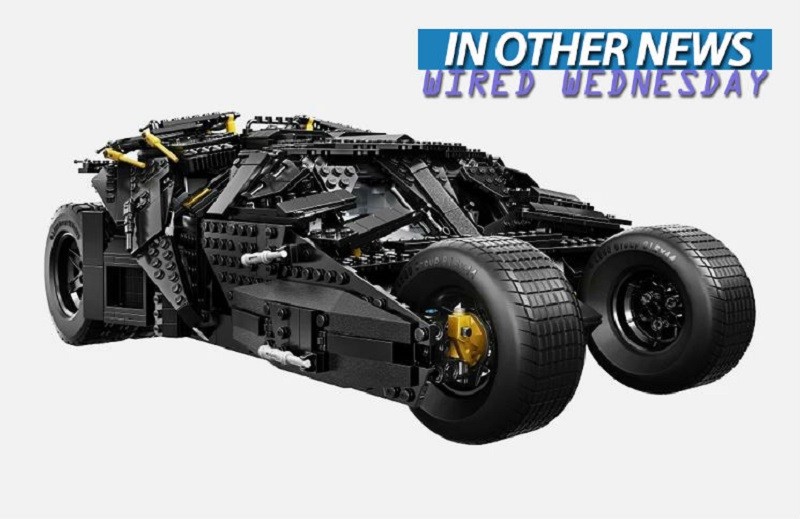 OH YEAH HAPPY WITCHER 3 DAY EVERYBODY! Oh, that was yesterday. I don’t have my own copy of the game I’m afraid, in fact, I won’t be getting or even considering it until I’ve finished the first two instalments of that franchise. Is it any good? Did some of you take an extra day off work to carry on your pursuit of sex on a unicorn… I MEAN QUESTS, QUESTS DAMMIT!

Also, I know the toy for today isn’t necessarily “wired” in any sense. Look at those glorious Lego bat wheels though!

In Other News: A kid gets arrested, people get banned, a sequel for a really large number is coming soon, and Japan eats a noodle and rice burger,

Here’s the news we didn’t post because we were too busy trying to stop the cat from eating the new kitten for breakfast.