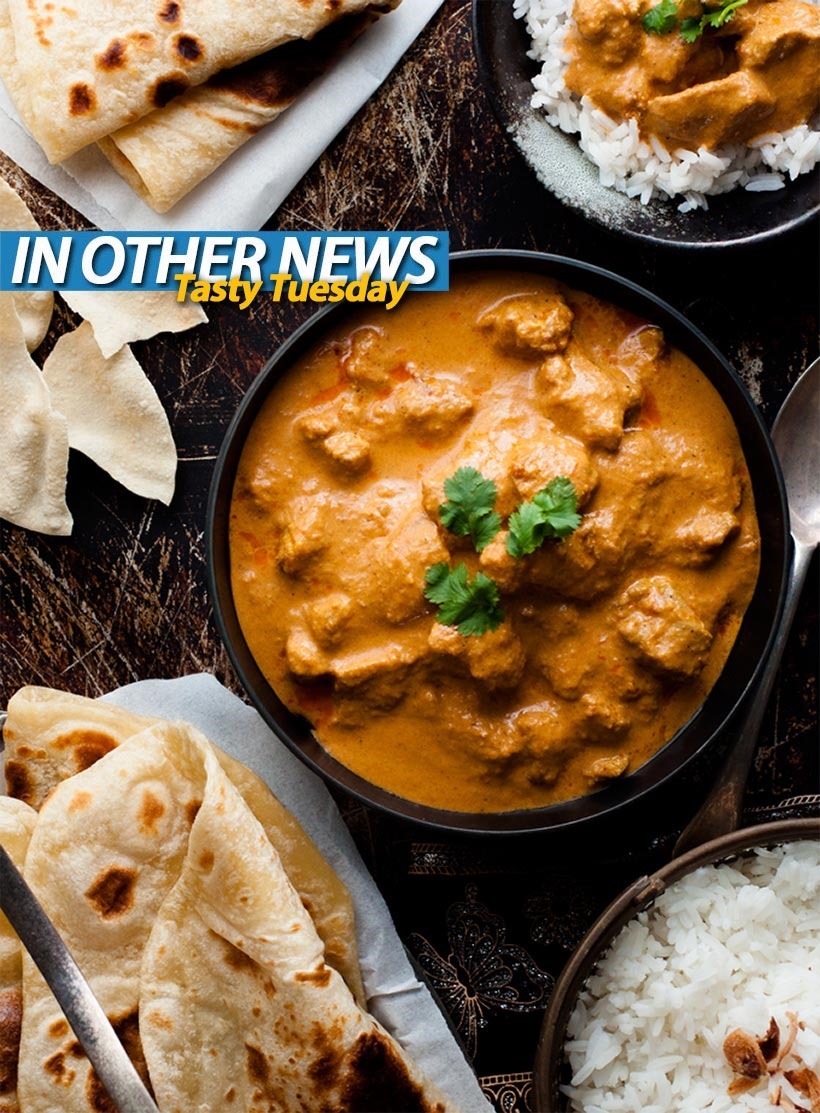 Murgh makhani. It’s not just a random assortment of letters, but one of the most delicious things on the planet.  Known more commonly as Butter Chicken, it’s a buttery, rich curry of mostly Punjabi origin that doesn’t date back nearly as far as you might think. The dish got its genesis at a famous eateryin Delhi in the 1950’s, and has gone on to be one of the more iconic curries on earth. Yum.

The chicken’s traditionally marinated in yoghurt and spices, and cooked in a Tandoor, before being served with a butter-laden, curry sauce – sometimes thickened with cashew paste, and garnished with coriander (or dhania, if you prefer the Indian names of herbs). Served with some rice and a flat bread of some sort (I’d favour a naan, but a Roti will do nicely) and you’ve got a meal fit for kings.

In Other News: Strange beings spotted on FIFA covers, Her Story’s ambiguous history and The Last of Us heads to the Vinyl frontier.

Here’s the news we didn’t post because it’s marvellous what Mil can do for you.

Rust players are divided over not being able to choose their sex
Jenova Chen: Journeyman
Sex abuse survivor finds comfort in video games